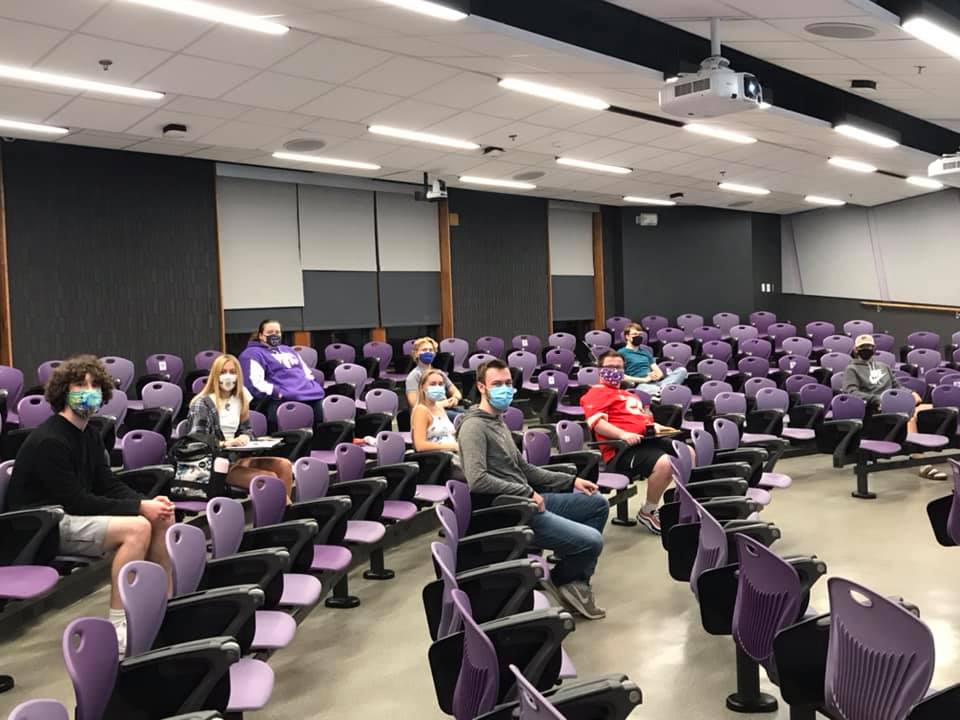 Data collected by Kansas State University’s Economics Club shows the cost of living for an average K-State student has decreased in the past year.

Sophomore in Economics and VP of the K-State Economics Club Suzanne Roggenkamp indicated that the increase in housing prices was not surprising following last years decrease.

“So I feel with COVID, we didn’t expect [the SPI]to really increase, but the main things that decreased were gas by 20% beer by 16% and then textbooks and movies by 13%. It was really interesting though, to see how much they fell, especially gas, since I know a lot of people aren’t traveling during this time,”  Roggenkamp said.

“I think it definitely helped me realize how big of a project it is.  I didn’t come out in the past years and I didn’t realize how much goes into it. You go out, collect the data, you work together as a team, and then you also have to interpret it and write a press release,” She said. “I think it was really interesting just to see how the whole process goes together, and I think that was the biggest thing I got out of it.”

In 2019, the SPI increased by 0.4 percent while the U.S. Consumer Price Index increased by 1.7 percent. This was the second time ever the Econ Club had seen a decline in the Student Price Index. The last time the SPI demonstrated deflation was in 2009 in the aftermath of the Great Recession when the value fell by 0.2 percent.

Professor Dan Kuester, Faculty Advisor to the Economics Club, indicated that between 2008 and 2009 were the biggest periods of economic slowdown that United States had experienced since the Great Depression in terms of percentage drops in GDP.

“If you look at the quarterly percentage drops that we experienced this year, they’re far greater than the Great Recession. Although the overall decline, may turn out to be less over a longer period of time,” Kuester said. “It’s just a fact that you have people concerned about how things are gonna shake out. When that happens, there’s less spending on goods and services where you see a decline in prices.”

Kuester indicated that had there been no stimulus, a much larger decline would have been suspected as stimulus funds enable people to smooth out their consumption patterns on certain goods.

“We like to say Ceteris Paribus in Economics, holding all their things equal. A decline in the price level means that a student that has the same access to funds this year through work or however they have their funds, as opposed to last year, their dollar is going to go a little further and they’re going to be able to buy a few more things and hopefully be able under a little less pressure,” He said.

A breakdown of each section of the SPI is as follows: