You are at:Home»Local News»Annual Thanksgiving lunch well-attended in 8th year at Old Chicago 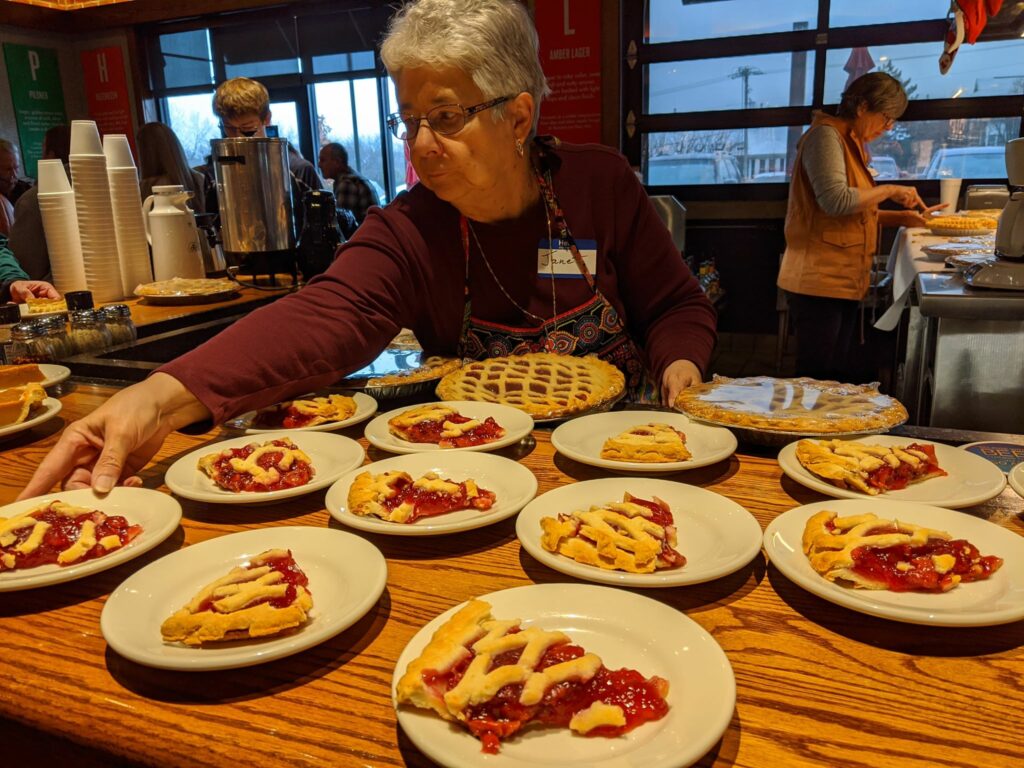 A partnership between Old Chicago and the Flint Hills Breadbasket, hundreds have been taking part in the free lunch at Old Chicago since 2012.  Prior to that, it was held at Manhattan High School until their chef retired and the Breadbasket had to search for a new venue.

“It was just like an angel sent Old Chicago in the next week,” says Breadbasket Executive Director Maribeth Kieffer.

Old Chicago Regional Manager Mike Rice says at the time, they were looking for a way to get involved with the Manhattan community and give back. The partnership has held up ever since.

Kieffer says the event is for the entire community — and that’s what makes it “great.

Rice says every year is exciting and full of familiar faces and that it’s nice to see the event so well attended.

“The kind of neat thing is I have a lot of family that comes in and helps, I think I’ve got about 14 or 15 of my family members come in,” Rice says. 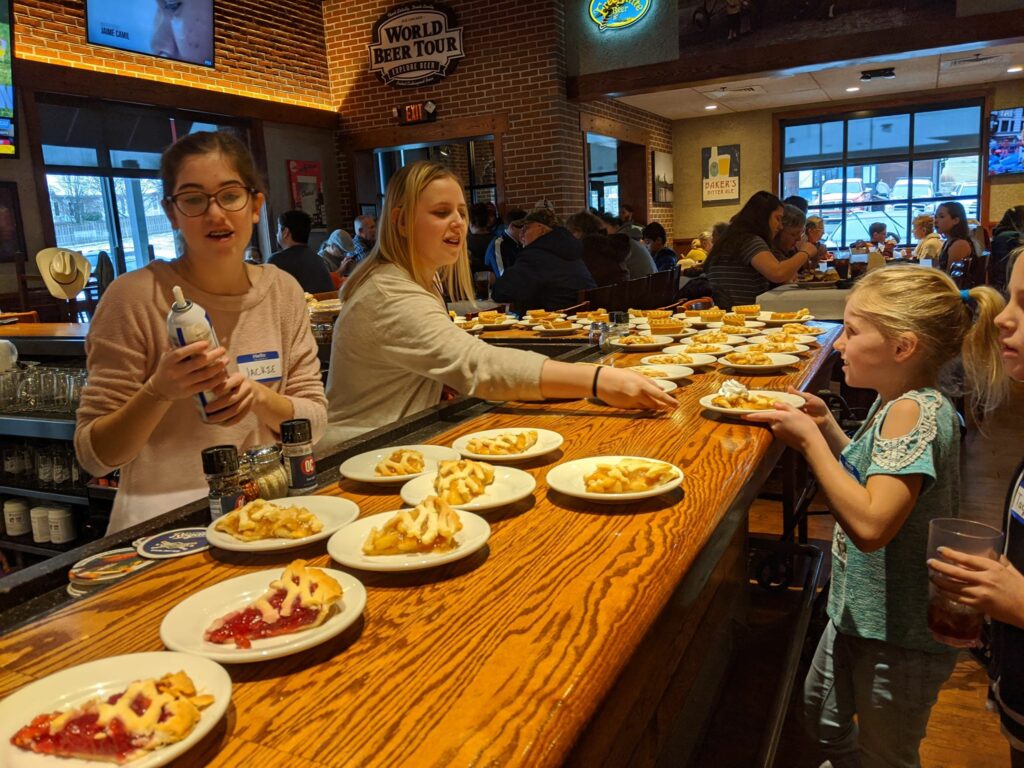 The lunch is a family affair for more than just Rice, as former Manhattan City Clerk Gary Fees alongside his wife, Bronwyn, and son, Alex, spent Thursday morning and afternoon giving back as volunteers. Fees says this is his second year attending as they typically spend the holiday in Nebraska. He noted a line out the door as he remarked on the attendance.

“It’s a great opportunity to come out for all the community,” says Fees. “It’s just a great event — food, fellowship, very good time.”

His son, Alex, says this was his first year attending and that the number of people volunteering is “amazing.

“I’m grateful that our community thinks it’s important to come out and serve those in need and I’m really glad that we have transportation for people to get here on a snowy day — it shows people really care.”

While the event is free every year, donations were accepted and proceeds benefited the Breadbasket. Darrin Hobbs of Leavenworth and his family have been coming to the lunch for 4 years and says it’s a great way to give back.

“I guess what got us to come out here was my stepdad,” says Hobbs. “He can’t come in and out of our house too well, so this was easy access for us to come and enjoy it.”

Gail Houston has been coming for a few years as well. She says she volunteered in the past and it always leaves her with a warm feeling.

“I’m glad we have something like this around,” says Houston. “That we can all come together, see each other now and then, this is pretty cool.”

The lunch ran from 11 a.m. to 2 p.m. Word has not yet come in on donation totals for the Breadbasket.