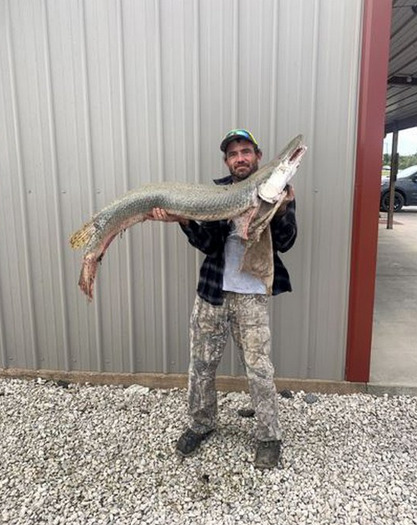 The fisheries division of the Kansas Wildlife & Parks said in a news release Tuesday that a 39.5 pounds alligator gar was caught last month in the Neosho River east of Parsons. Fisheries biologist Connor Ossowski said the agency has verified the fish was caught in the river. Biologists are now working to determine how the animal got into a Kansas waterway.

The most likely scenario is the alligator gar was released by its owner after it became too large but fisheries officials will use several methods to determine its origin.