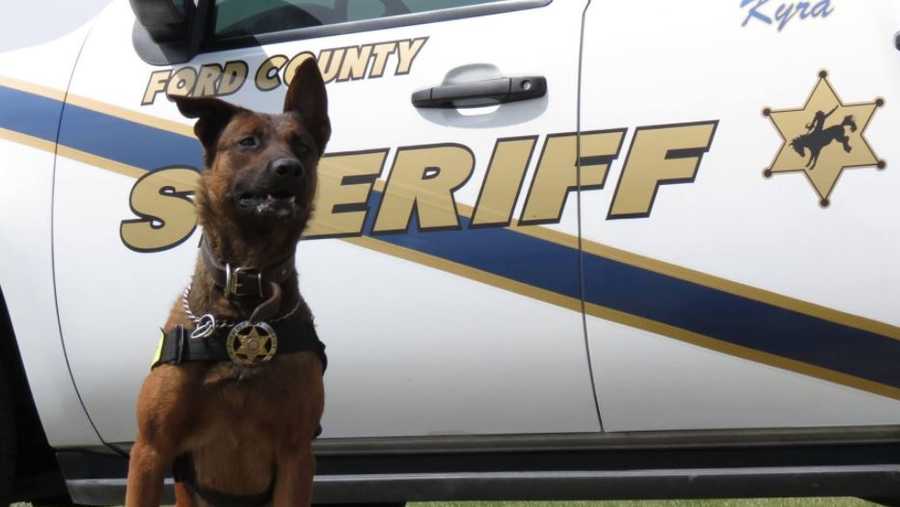 DODGE CITY, Kan. — Authorities in southwestern Kansas say a police dog has died after being sent to chase a suspect.

Television station KAKE reports that the Ford County Sheriff’s Office reported on its Facebook page that a police dog named Kyra was called in Monday to help in chasing down a suspect in the county. Officials say the female Belgian Malinois began showing signs of distress immediately after the chase and was rushed to a veterinary clinic for emergency surgery. The sheriff’s office says that “despite all efforts, she crossed over the rainbow bridge.”

Kyra had served the Ford County Sheriff’s Office for eight years as a trained narcotics detection and patrol dog.