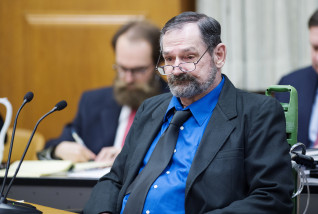 EL DORADO, Kan. — A man who testified that he wanted to kill Jews and was sentenced to death after he fatally shot three people at Jewish sites in Kansas has died in prison.

The Kansas Department of Corrections said in a news release Tuesday that 80-year-old Frazier Glenn Miller Jr. died Monday at the El Dorado Correctional Facility. Miller, who was also known as Frazier Glenn Cross Jr., was sentenced to death for the killings in 2014 in suburban Kansas City. The corrections department says preliminary indications were that Miller died of natural causes. Miller said during his trial that he didn’t expect to live long because he had chronic emphysema.

A corrections department spokeswoman declined to comment further on his cause of death or his medical condition.