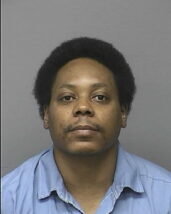 U.S. Attorney Stephen McAllister said in a news release that Darrin Taylor, who was homeless, was indicted Wednesday on one count of theft from a federally licensed firearms dealer. The weapons were taken in September from the Penguin Pawn & Gun shop in Overland Park.

Charging documents say employees reported the thief entered a business next door through a shattered glass window and then made several holes in the drywall between the businesses to get into the pawn shop.