You are at:Home»Local News»Fort Riley»Big Red One soldiers reunite with family members after several months overseas

More than 6,000 1st Infantry Division soldiers at Fort Riley are slowly being reunited with their families following 9-month deployments overseas to missions in Europe and Afghanistan.

Big Red One soldiers were greeted with hugs and kisses from family members Wednesday during welcome ceremonies at Fort Riley.

Sgt. Kem Nunn of the 1st Armored Brigade Combat Team spoke with KMAN about how much it means to him to be back home.

“It feels amazing,” Sgt. Nunn said with a huge smile on his face. “It’s like the best homecoming of them all. I’ve had like five of them. This is the best one.”

The reunions came a day before Halloween and just a handful of weeks ahead of the holiday season. In the meantime, the Nunn family is just going to spend time together and enjoy some good food.

“(I’m going to) feed him some good food,” Reiko Ohata-Nunn, Sgt. Nunn’s Wife, said. “Gyro’s from the Taste of Chicago, an Italian-beef combo. I already got it ready. And a bottle of Hennessy. You gotta throw the bottle of Hennessy in there.”

Seeing his family just in time for Halloween and the holiday season put a smile on Sgt. 1st Class Tommy Kesterson’s, a soldier in the 1st Armored Brigade Combat Team, face as well as his son, John, and his wife, Erin.

“It is pretty great,” Sgt. 1st Class Kesterson said. “Kind of tiring. It was a long trip. (I’m) just ready to be home but it’s great to be back (and) great to see my son.”

If you ask John how it feels to have his dad back, he won’t hesitate for a moment to tell you.

For many of these families, they are still able to communicate despite the distance. That being said, it doesn’t make reuniting any less sweet.

“Even though communication is good between families, that person-to-person-type communication is the best,” Lt. Col. Corey Gamble said. “Just having the opportunity to see these families reunited once they get back after nine months, which most of them have spent over there, it’s really awesome.”

Going forward, these soldiers will go through a series of briefings to help ease them back into life after deployment, settle into routine operations and then have the opportunity to go on leave for the holidays.

They will then begin training again in January. 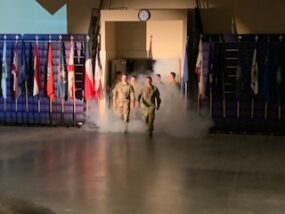 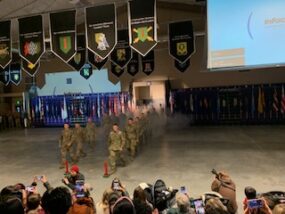 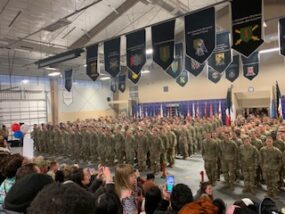 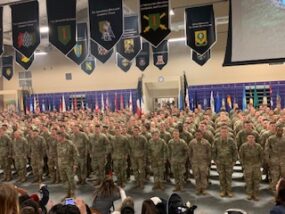 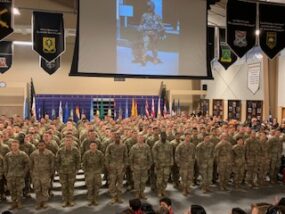 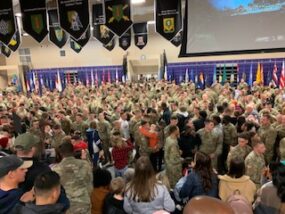 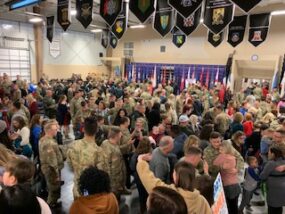