The Manhattan area next Wednesday will see its second military flyover in two weeks.

The 1st Infantry Division is planning a helicopter flyover of numerous hospitals from Fort Riley to Topeka on May 27, including Manhattan’s Via Christi Hospital, as a salute to health care workers for their support of the Fort Riley Community. 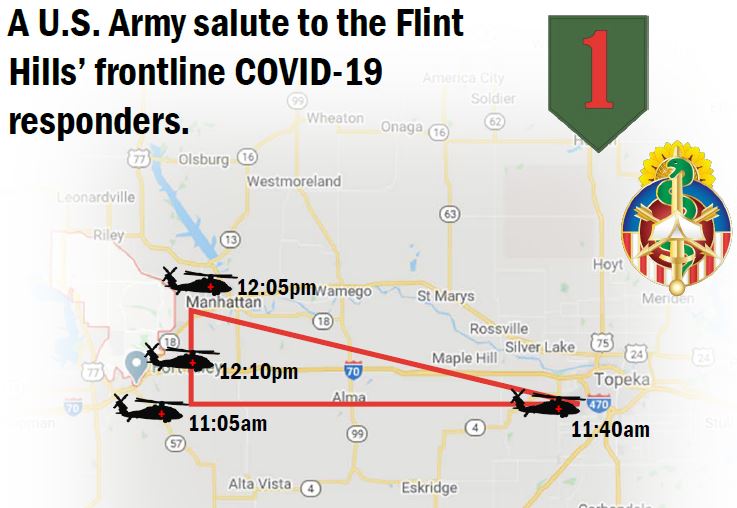 Courtesy of the 1st Infantry Division.

Army officials ask residents to watch the flyovers from their homes rather than traveling to the hospitals to view the aircraft.