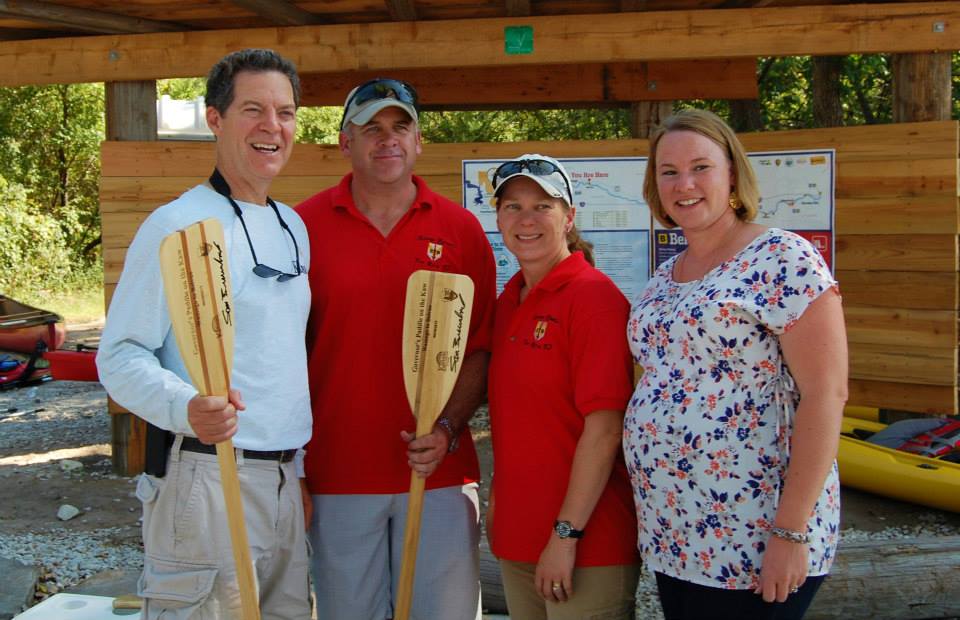 Courtesy of the Wamego Smoke Signal

Gov. Sam Brownback lead a group of state officials and outdoor enthusiasts on a float trip along a stretch of the Kansas River, Thursday morning.

Approximately 100 people participated in the float trip, which started in Wamego and ended about 10 miles downstream in Belvue.

The canoe and kayak excursion was part of the administration’s efforts to promote the recreational and economic value of the 173-mile river.

The Kansas River was designated in July 2012 as a National River Trail by the U.S. Department of Interior, one of about a dozen nationwide.