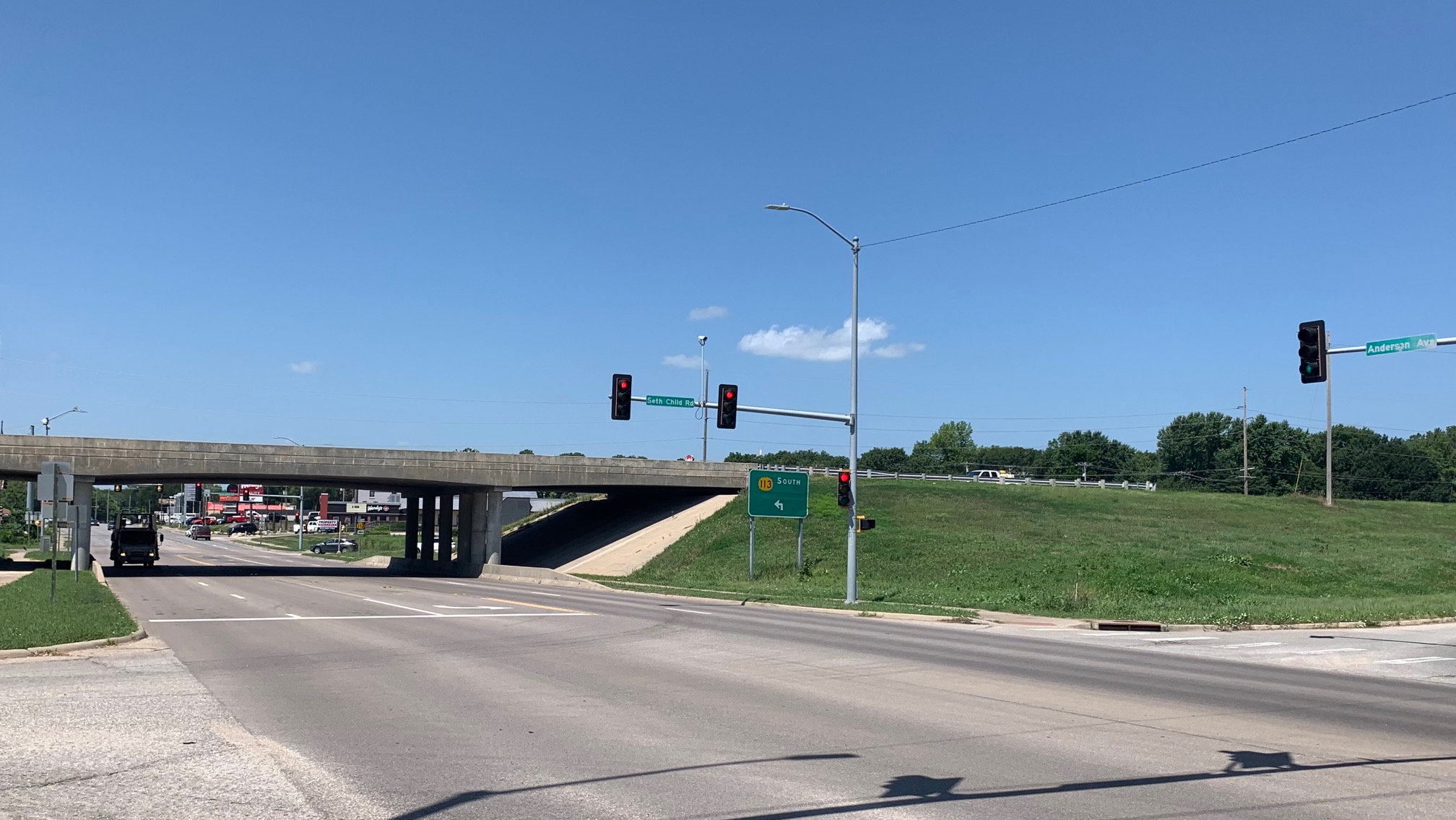 The Manhattan City Commission discussed ideas Tuesday for how to improve access to the Plaza West business district.
One possibility heavily talked about was that of eliminating the Anderson Ave./Seth Child Rd. overpass and bringing the road to grade with the surrounding area.
Mayor Wynn Butler says he does not consider getting rid of the overpass to be an option.
Wynn
Deputy city manager Jason Hilgers says whatever approach the city takes, the intersection will eventually need to be addressed.
Hilgers

The discussion is part of a larger effort to create a plan for the area, which Hilgers says is experiencing a decline in economic output.

Hilgers
One concern shared across the board about development in Plaza West is the risk for flooding in the area.

Commissioner Usha Reddi says she does not think development should happen until the flood risk is addressed.

Butler agreed and went on to say that moves made to address flooding also need to take neighboring districts into consideration.

Hilgers says the city needs to be prepared to face consequences if it does not take a proactive approach.

The discussion was part of a larger effort, with assistance from Stantec Consulting Services, Inc., to create a plan for Plaza West.

Officials held a public open house earlier this year to see what residents like about the district and what they would like to see more of in the future.

Another open house is scheduled for Wednesday, Aug. 4 from 4:30 to 7 p.m. at the Midwest Dream Car Collection.