Chamber Director of the South Central and Southwest region, John Gonzalez, says it can be tough getting legislators to listen to the voice of business.   Gonzalez went on to say the U.S. Chamber of commerce has awarded legislators for the past 25 years.

According to Gonzalez Congress Huelskamp has an 83 percent voting record with the Chamber as of last year. During his acceptance speech Congressman Huelskamp says he believes free enterprise is the answer to growing the economy, and applauded Manhattan for its continued growth. 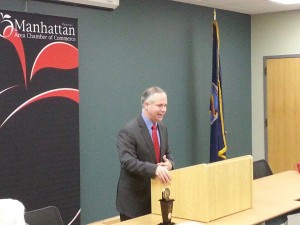 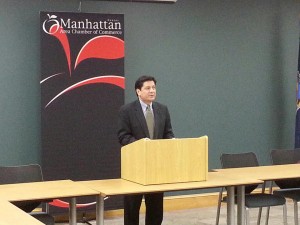 U.S. Chamber of Commerce for the Southwest and South Central Region John Gonzalez 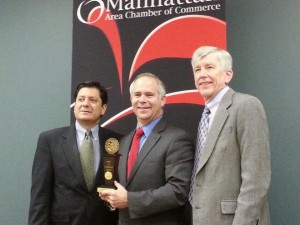