You are at:Home»Local News»Drake to be tried as adult in Dowling murder 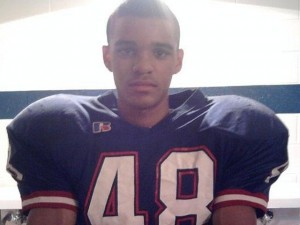 Tyler Dowling, 14, who was found dead in a field in northeast Manhattan in April 2011.

A 15 year old from Manhattan will be tried as an adult in connection with a Riley county first degree murder case, relating to the April 2011 shooting death of fellow Manhattan high school student Tyler Dowling.

Judge Stutzman’s 14 page order says the state’s motion to proceed with adult prosecution should be granted, adding the seriousness and nature of the alleged crimes and the manner oif commission are the dominant factors in the case. The judge goes on to say “the evidence described a calculated killing of a friend, to demonstrate toughness and to impress another whom the juvenile considered a closer friend.”

Drake, who faces charges of first degree murder and aggravated burglary, was also bound over for further proceedings in the Judge’s order.

The entire ruling can be viewed here.