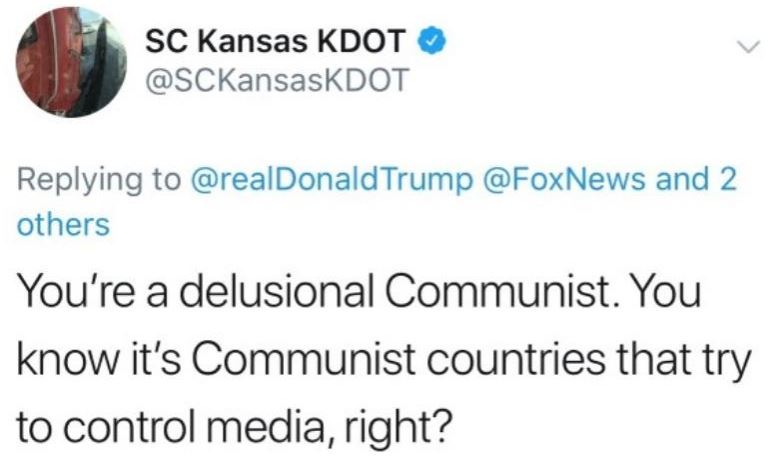 WICHITA — The Kansas Department of Transportation says a worker who posted a tweet from its official Twitter account criticizing President Donald Trump is no longer employed by the agency.

Wichita Eagle reports that the tweet on Sunday came in response to a tweet from Trump that criticized Fox News weekend anchors and asked whether they had been trained at CNN, a network that the president frequently derides. The tweet from the agency’s account called Trump a “delusional communist.” It has since been deleted.

The state’s transportation secretary, Julie Lorenz, says the tweet does not reflect the agency’s views and was “an unacceptable use of state communication tools.”

Lorenz hasn’t revealed the name of the former employee responsible for the tweet. 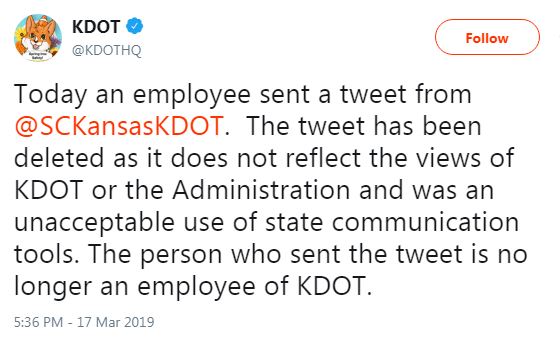