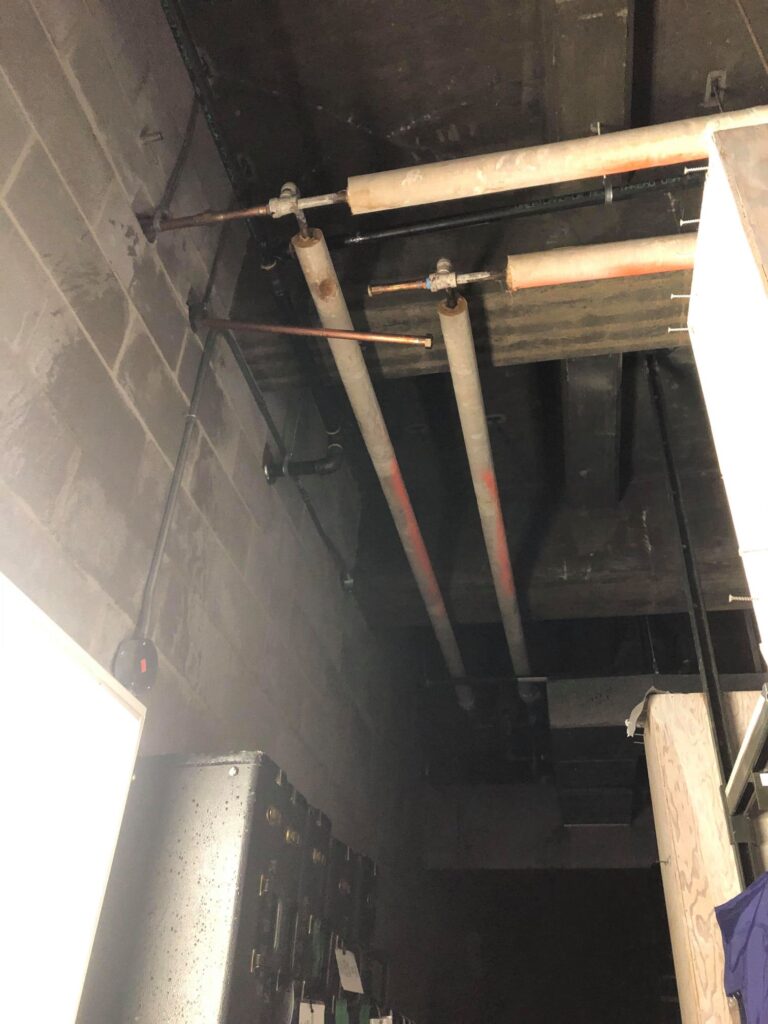 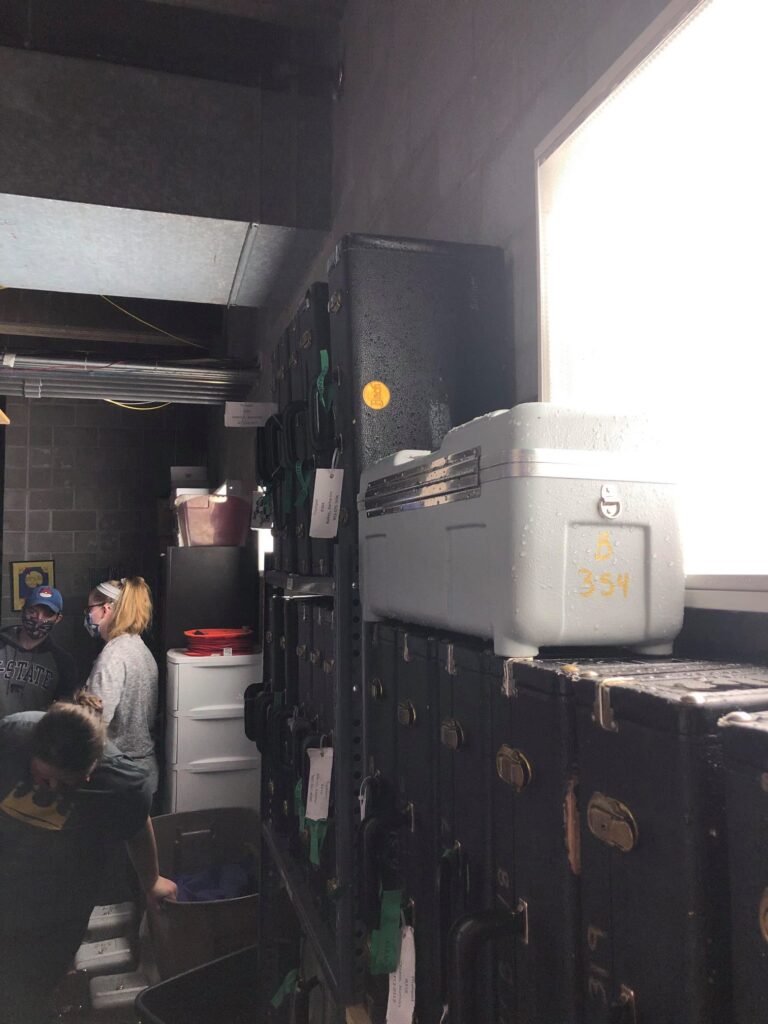 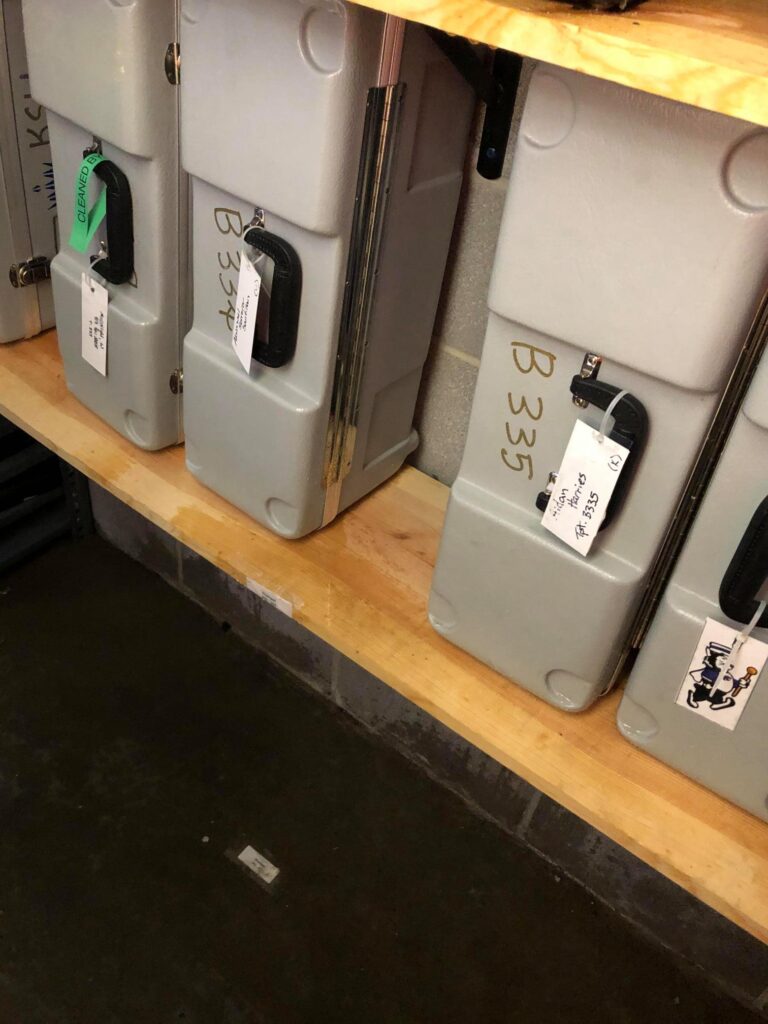 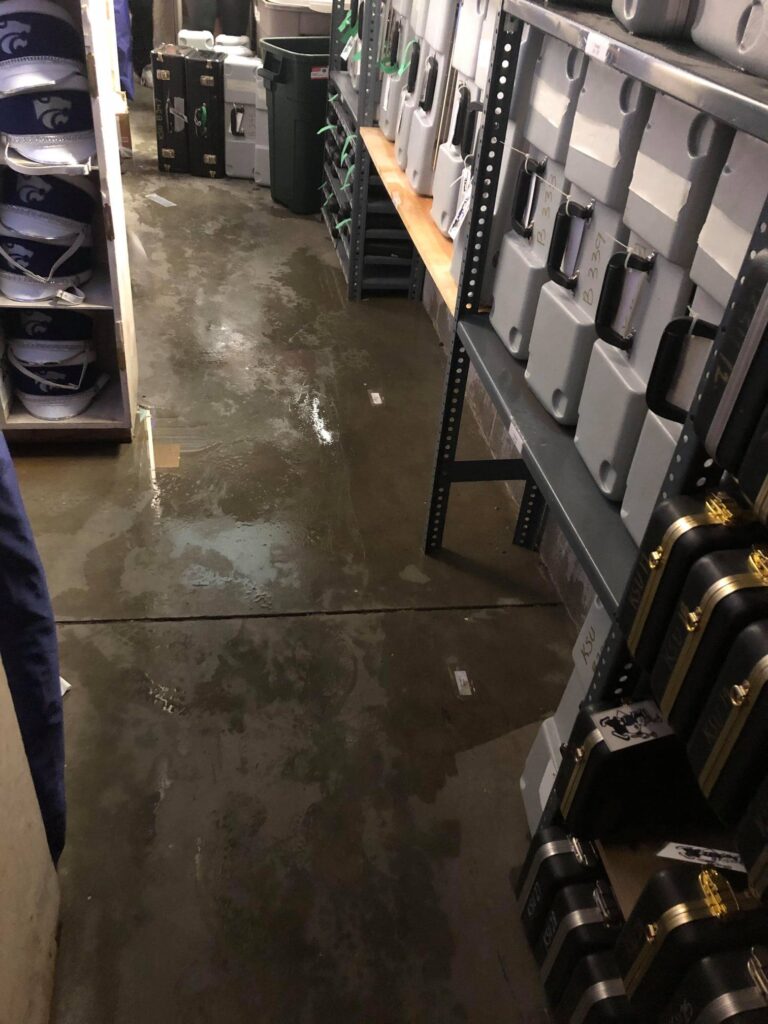 “Some of the cases are pressed wood cases and when you get those soaked, they expand and fall apart so we’re replacing a couple dozen cases, getting a number of horns repaired and cleaned,” he said.

However, he says both K-State and the construction company working on McCain Auditorium acted quickly to fix the issue.

“They put fans up in there and dehumidifiers because all of our uniforms are in there too. They got it all dried out and cleaned up and the contractor is going to make good with all the repairs now it’s on to the next crisis at hand,” he said.

The incident comes amid a campaign led by the K-State Foundation to establish a dedicated indoor space for the marching band on the west side of Memorial Stadium.

“We already have the walls in the structure up there. It’s all done. It’s just a matter of getting the office stuff, the band room facilities, acoustics, the lighting and get that stuff going. I don’t think it’s going to take as long as a normal building would take,” he said.

The band currently uses about four or five different locations around campus, many of which are in McCain Auditorium.

“When we travel, even on Saturdays with a football game we have a truck that goes around four or five different places and buildings, it picks up equipment and puts it back. It’s a pain in the butt,” he said.

Among the groups that would utilize the facility are the marching band, various pep bands, drum line and Classy Cats dance team.

According to Tracz, K-State is currently the only Power-5 university that doesn’t have a dedicated indoor space for its marching band.