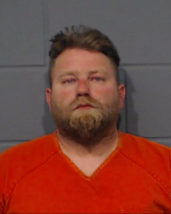 Junction City Police are investigating a reported aggravated battery incident early  Saturday that left one person in critical condition. JCPD indicates shortly before 1 a.m., police officers were dispatched to the Veterans Motorcycle Club in the one-thousand block of Grant Avenue, in reference to a disturbance.

Through the course of the investigation, it was determined one victim sustained injuries and was transported to Salina Reginal Hospital where the subject was last listed in critical condition. 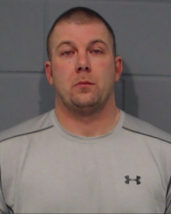 During the investigation two suspects were identified. Todd Mahoney, 38, of

Grandview Plaza and Kirk Fuller, 33, of Junction City were arrested for Aggravated Battery. Both  Mahoney and Fuller were confined at the Geary County Detention Center on no bond pending first appearance.