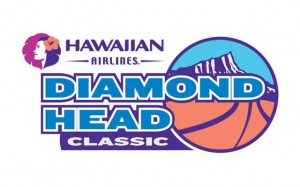 The Cats will get the Southern Illinois Salukis on December 22nd for a 4:30 pm tip off on ESPNU.  SIU has long been a Missouri Valley Conference power, going to the Sweet 16 in 2007, but slipped to just 13-19 last season.  K-State is 6-0 all-time against the Salukis, winning the last meeting in 1983 at Ahearn Fieldhouse.

K-State would then take on the winner or loser of Clemson-UTEP on December 23rd on ESPNU.  The Tigers beat UAB in the First Four last season and gave West Virginia a run for their money in the second round, while the Miners were an NCAA bubble team.

A potential match up with Xavier could occur in the finals on Christmas Day at 9:00pm central on ESPN2.  The Cats are very familiar with the Musketeers over the past several years, including the epic double overtime thriller in the Sweet 16 two years ago.  Other teams on that side of the bracket are Auburn, Hawaii and Long Beach State.