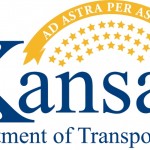 On Monday, June 10, a resurfacing project will begin on a 22.52-mile stretch of U.S. 24 in Riley and Pottawatomie Counties. Resurfacing work will take place on the following portions of U.S. 24: from the east U.S. 77 junction east to the K-13 junction (Riley County); from the east Riley County line to Excel Road (Pottawatomie County); and the eastbound lanes only from Excel Road to Wamego (Pottawatomie County). Project work includes a 1.5-inch surface mill and 1.5-inch asphalt overlay on mainline lanes. Work will take place during daylight hours, Monday through Friday, with some occasional Saturday work. The work will be coordinated so that all lanes will be opened to traffic by one-half before sunset.

Traffic will be directed through the project work zone on the two-lane portions via a pilot car and flagger operation and on the four-lane portions via lane closures. Drivers should expect delays of up to 15 minutes maximum and are encouraged to use alternate routes, if possible. There will be a 12-foot lane width restriction and a reduced speed limit on the portions that are directed via the pilot car and flagger operations. No large structures or superloads will be allowed through the project work zone.

The Kansas Department of Transportation urges all motorists to be alert, obey the warning signs, and “Give ‘Em a Brake!” when approaching and driving through the project work zone.

Shilling Construction Co., Inc. & Subsidiaries (Manhattan, KS) is the primary contractor on this resurfacing project with a total contract cost of $3.053 million. Overall project work is scheduled to be completed in mid-October 2013, weather permitting.