You are at:Home»K-State Credit Union “Student-Athlete of the Week” 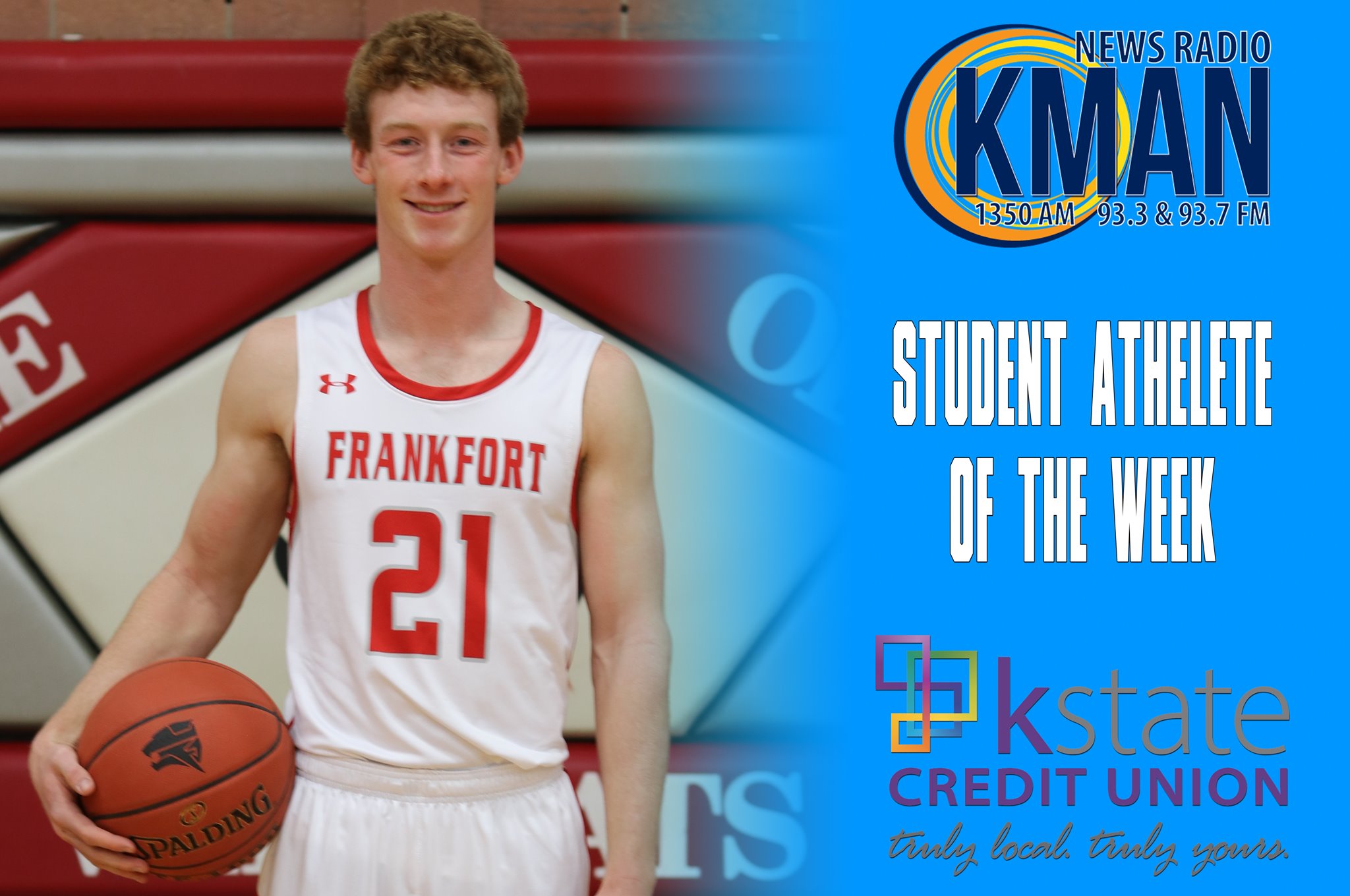 Garret Dalinghaus – Frankfort Basketball
The Frankfort boys are headed to the 1A state tournament in Dodge City after a 62-59 win over St. Johns/Tipton in the substate final. Garret Dalinghaus led the Wildcats with 19 points including a near perfect 7 for 8 effort from the free throw line. He also led the team in rebounding. Dalinghaus also scored in double figures in the substate semi finals despite battling foul trouble. For the season he’s averaging 13 points and 6 rebounds per game while also guarding the opposing teams best player on a nightly basis. Congratulations to Garret Dalinghaus of Frankfort High School, the K-State Credit Union/KMAN “Student Athlete(s) of the Week!”