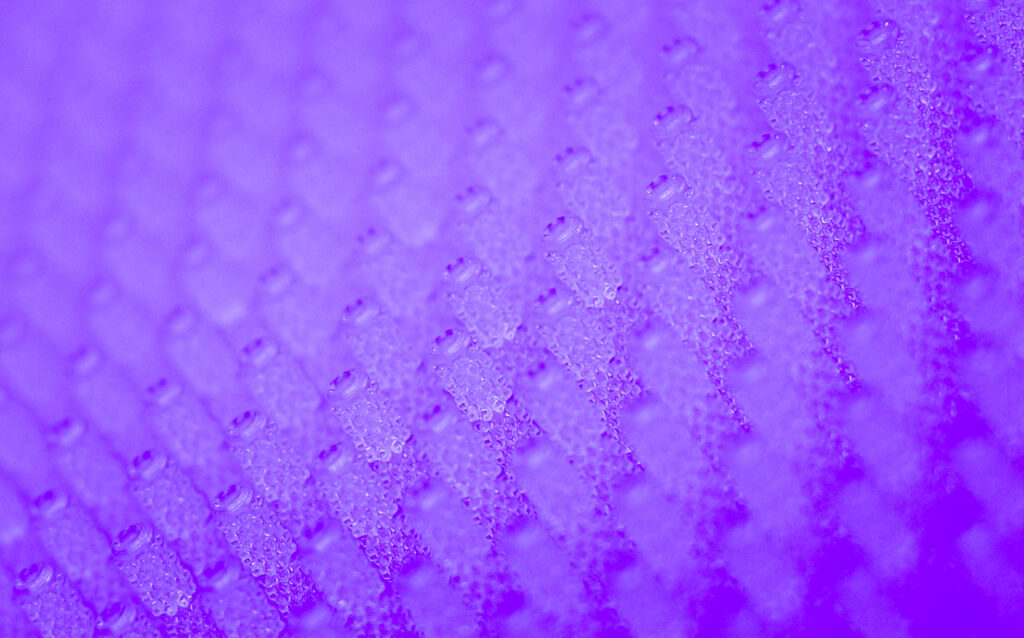 Nasopharyngeal swabs for COVID-19 are being 3D-printed at Kansas State University for testing in the region. (Courtesy photo)

K-State faculty and administration were recognized by the KDHE for efforts to boost supply of COVID swabs in the region.

K-State’s Beth Montelone, Jungkwun Kim, and Dong Lin — in partnership with Community HealthCare System — have 3-D printed testing swabs to help address supply chain gaps. So far, they’ve donated over 2500 swabs with another 2500 on the way.

“This is just something K-State has done throughout its history — we are the land-grant university for the state of Kansas and it’s in our mission to do research and extension for the greater good,” Montelone said. “We have been very successful in creative university-industry and university-community organization partnerships and we’re all the better for it — the state and the university — so it was a pleasure to be involved with this project.”

Also in recognition, the NKHC donated a Form 3B 3D printer to Dr. Kim’s KSU lab, an industrial 3D printer that is typically used in dentistry. Kim says the experience has expanded his research capabilities and inspired him to begin National Science Foundation funded research into implantable biomedical microdevices.

“My research is centered on 3D microfabrication,” Kim said. “So making 3D swabs was not difficult for me, but without this opportunity, I could not join. This is very meaningful and for that, I am really thankful and grateful for everyone who supports these projects.”

KDHE Secretary Dr Lee Norman thanked the group in a virtual ceremony July 31st. He called the effort ‘illustrative’ of something that seems small that can go a long way.

“The Northeast Kansas Healthcare Coalition, Community Healthcare System and K-State met this need in a very creative way, which provided these much-needed swabs,” Norman says. “Not just to KDHE, but to hospitals, clinics, etc.”

The effort came about after CHCS CEO Todd Willert learned dental offices had been making 3D-printed swabs, knowing K-State would likely have the necessary equipment to do so as well.

“There were a lot of days when we weren’t sure if we were going to be able to perform tests because we were missing that simple little swab — and that’s very frustrating as a health care organization,” Willert said. “With the ability to produce these 3D swabs, we finally felt that we were doing something proactive and that just made everyone feel so good around here and gave everyone a lot of hope.”