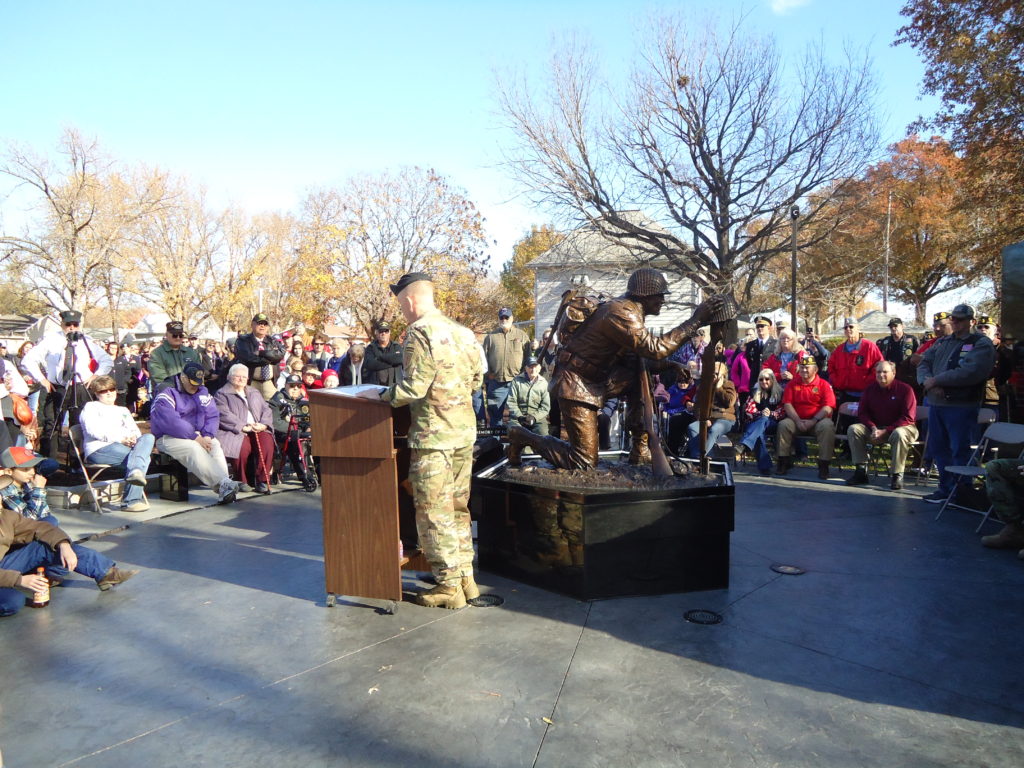 Gold Star families, veterans and supporters gather for the dedication of Wamego’s new memorial to veterans. (Photos by Joyce Mermis)

The newly-completed Wamego Area Veteran’s Memorial was dedicated on a bright, sunny afternoon in Wamego City Park on Sunday, with a large crowd of Gold Star families and veterans in attendance.

This memorial was the vision of American Legion Post 172 Commander Gary McCloud, and some of the Legion Riders who saw other memorials as they participated in veteran’s funerals. This vision has taken over three years of dedicated work and fundraising to see Wamego’s memorial to completion. 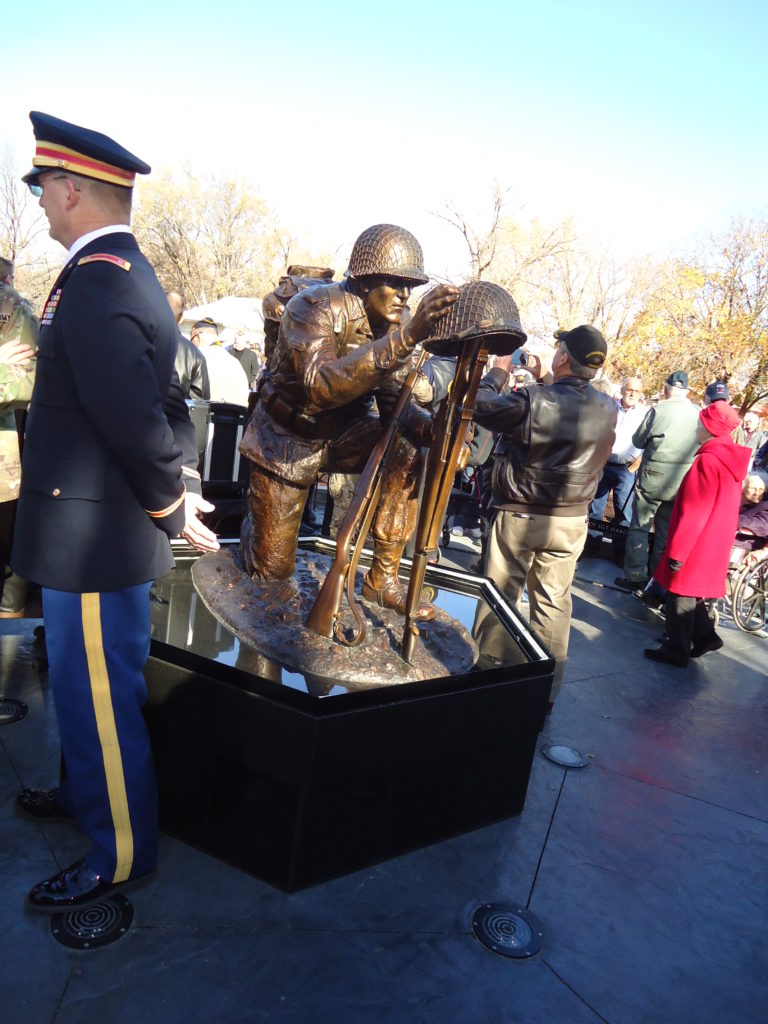 A closer view of the memorial.

The bronze sculpture “Duty Calls” was produced by Charlie and Carson Norton, has come home, and faces the granite memorial wall with 91 names of area soldiers who have paid the ultimate sacrifice to our country.

1st Infantry Division Brig. Gen. Patrick G. Frank said the memorial is a symbol of the pride in service and the spirit of Wamego. Retired Judge/Lt. Col. Eric Campbell spoke of his feelings and emotions as a young boy who knew and respected soldiers, then serving in the military himself, and how he felt when he was greeted by those same soldiers when he returned home. He said this memorial is a testament to those soldiers and their families.

“You will not be forgotten” Campbell said.

City Manager Merl Page said the memorial is an addition to to the park that speaks to the 3-V’s: Veteran’s, Veteran’s with a vision and Volunteers, and how everyone came together to make the Memorial happen.

Following the Honor Guard Salute and Taps, the crowd moved to the Wamego Senior Center for a reception. The key ingredient to the reception was the 600 cupcake sculpture of the American Flag produced by Bunny McCloud and Betsy Riblett. 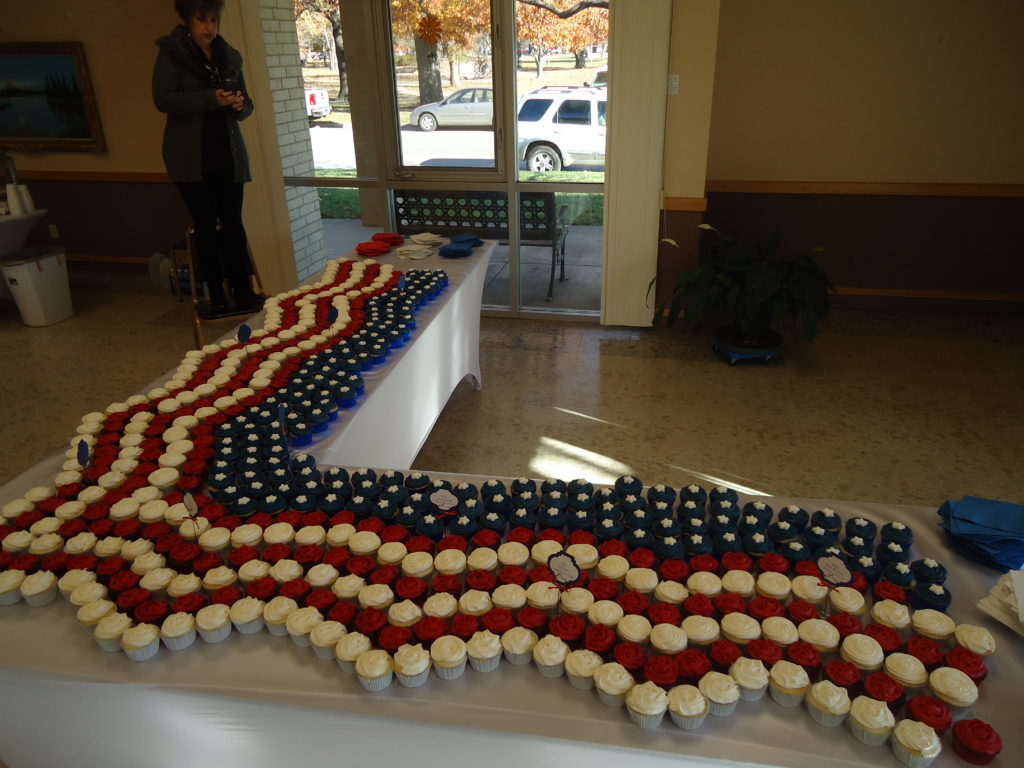