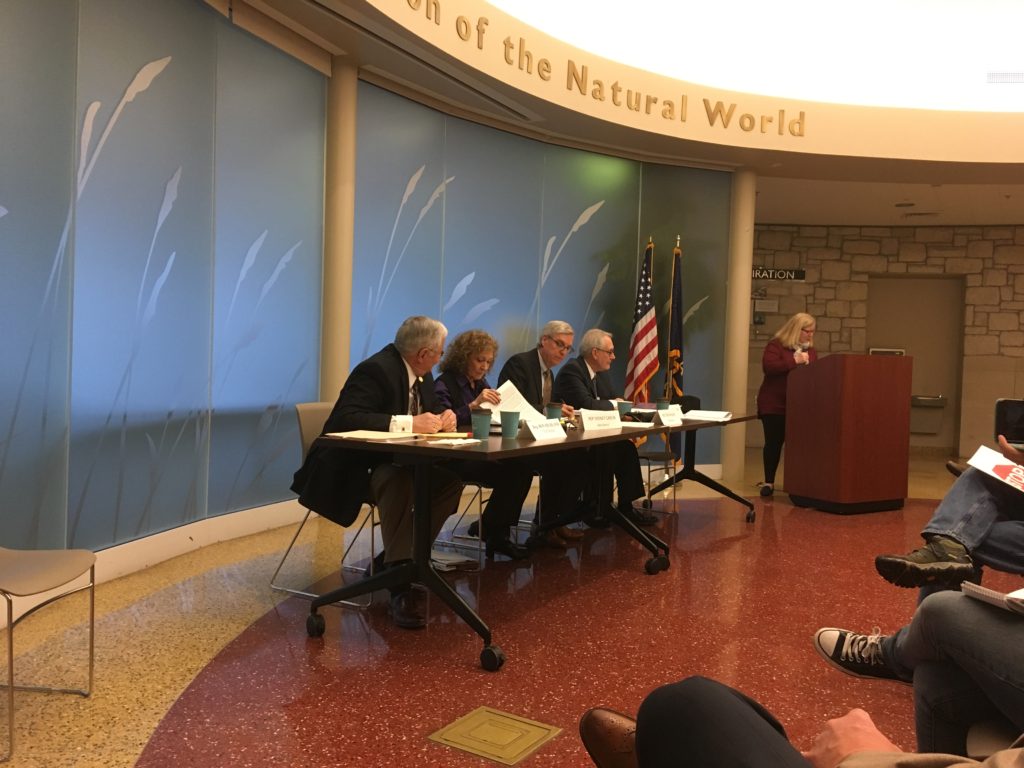 MANHATTAN — The Manhattan Area Chamber of Commerce hosted its second legislative coffee Saturday at Sunset Zoo. Local lawmakers were there discussing what they are working on and answered questions form the community.

The topic of foster care was brought up, something 66th District Representative Sydney Carlin (D-Manhattan) feels is a high priority for the legislature. Carlin says she is looking forward to the new secretary’s focus on the state’s foster care system.

Sen. Tom Hawk (D-Manhattan) says a major topic that his constituents have brought to him is the state’s foster care system.

Carlin explained the current state of affairs for the Kansas Department for Children and Families.

Carlin mentioned “Family First” which is a program the federal government has offered to the state. The Federal Government is going to match the spending that the State puts into the program. Carlin said they plan to put 9 million dollars into the program.

51st District Representative Ron Highland (R-Wamego) continued to reiterate his opposition to Medicaid expansion, claiming he still hasn’t seen a hard figure on what it will cost the state.

One of the key issues facing legislators continues to be how it addresses funding K-12 education. 67th District Representative Tom Phillips (R-Manhattan) remains optimistic it gets resolved sooner rather than later.

Phillips says he thinks the court will keep the case open for another few years to hold local government accountable.

The Manhattan Chamber hosts two legislative coffees annually as an opportunity for the public to engage with lawmakers and stay up to date on state government matter.