The City of Manhattan took the first steps toward a $4.9 million expansion of the Manhattan Regional Airport parking lot. The City Commission unanimously approved authorizing administration to request bids at its Tuesday meeting. 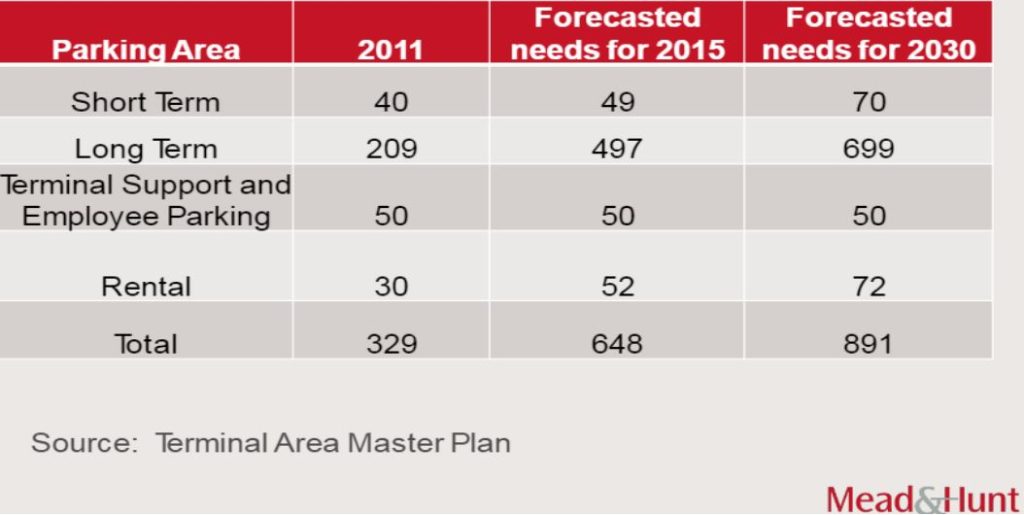 Parking expansion has been in the city’s plans for years, which Airport Director Jesse Romo says is warranted. He says they exceeded their current capacity of more than 700 spots this past Christmas with enplanements increasing yearly. The temporary gravel surfaces also have suffered following multiple storms and portions of paved surfaces are failing as well, with failure estimates in at least one lot at more than 30 percent. Romo also says they hope to solve lighting issues as well as remove trip and fall hazards from their lots. 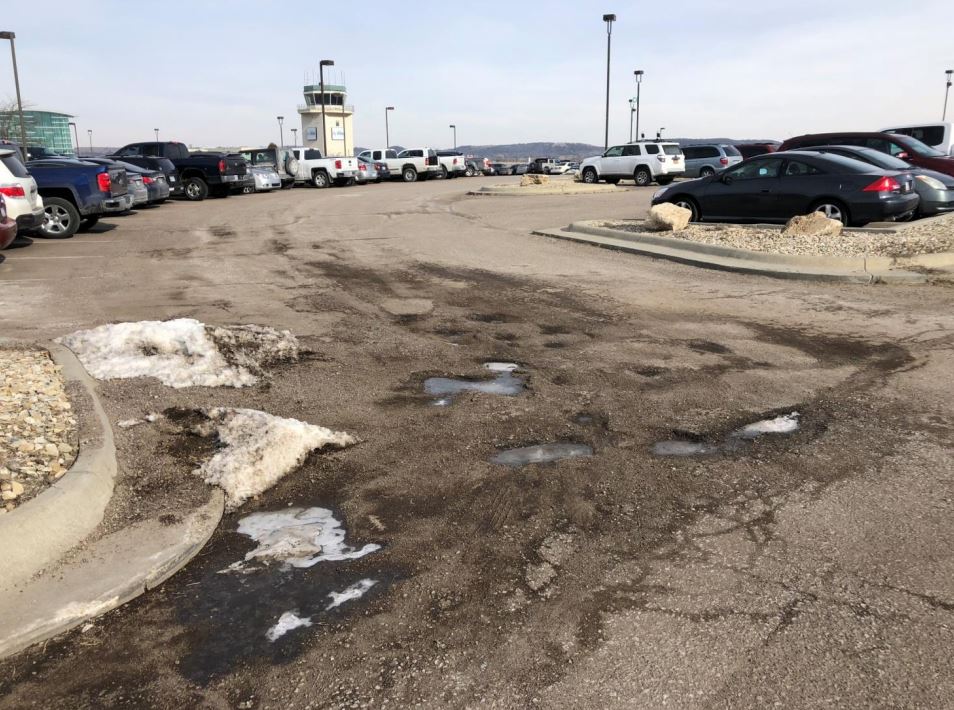 “Please look at this as an investment in an asset rather than just an expense,” says Airport Advisory Board Chair David Rogers, who spoke during public comment. “It is an asset that will pay for itself, and it’s the first impression of a wonderful terminal that has great service.”
The completed plans would bump the total number of spots to 935, which satisfies their projected needs past 2030. Also in the plans is an ATA bus drop-off loop as well as a ride share pick-up zone.
The project is broken into phases so commissioners could spread out the impact and expenses up over time if they choose. The Airport Advisory Board has expressed support that the project be funded by a $5 per day parking fee. Based on a consultant analysis, that fee would cover annual bond and interest payments on 10, 15 or 20 year bonds. 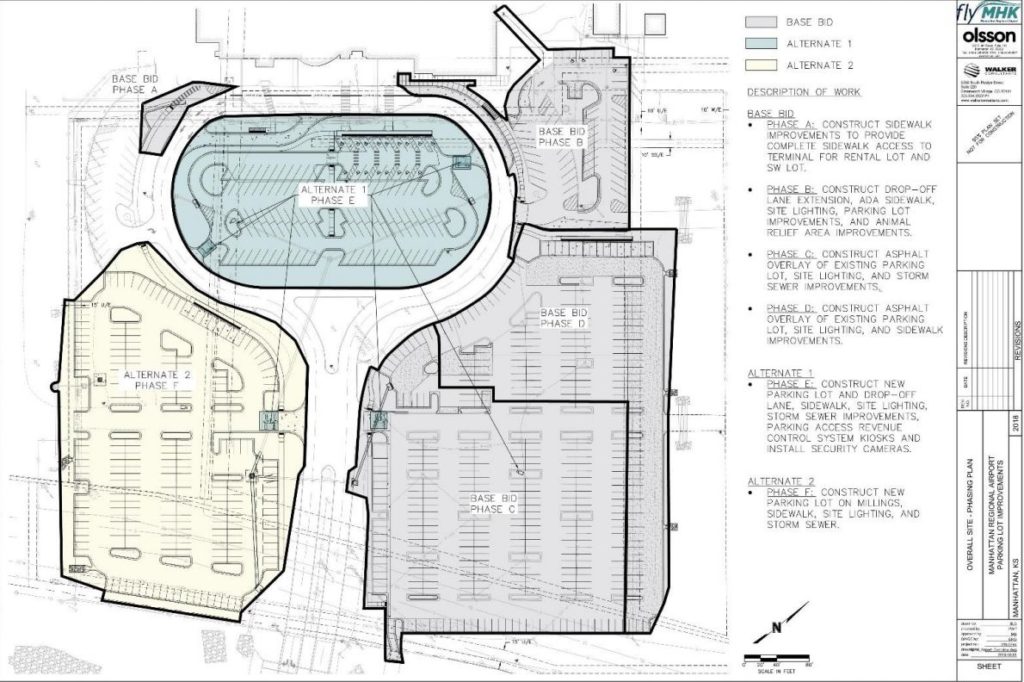 Much of the discussion focused on the funding of the project, which was not decided that night. Mayor Pro Tempore Usha Reddi says she hopes the fee won’t negatively affect airport parking or patronage more than the consultants anticipated.
“That’s always been one of my things with the Manhattan Airport — that [parking]is free,” says Reddi. “Because it’s not always the cheapest flight out.”
Commissioner Wynn Butler says he likes the plan and that it’s “high time we charge” for parking.
“Parking has never been free at the airport,” says Butler. “The city has been financing it which means the city taxpayers have been paying for it.”
Commissioner Jerred McKee says he is torn on the topic because he sees the need for parking, but also believes that the future of how people will travel will change.
“You already see it in bigger cities, I have no doubt that in 10 years I’ll be paying a $50 subscription to Uber per month and an autonomous vehicle will come pick me up and take me to the airport,” says McKee. “In 10 years from now, when I look at that parking lot I don’t want to say to myself ‘wow, we spent millions of dollars on that and it’s only being half utilized now because of the changes in our technology.'”
Butler replied that they can park the Uber fleet there in that case.
The commission will decide whether to break up the project by phases as well as the funding at a future meeting.
City of Manhattan Kansas KMAN Manhattan regional airport news parking lot radio Riley County
Share. Twitter Facebook Pinterest LinkedIn Tumblr Email