You are at:Home»Local News»Manhattan Fire Department responds to two cooking fires in one day 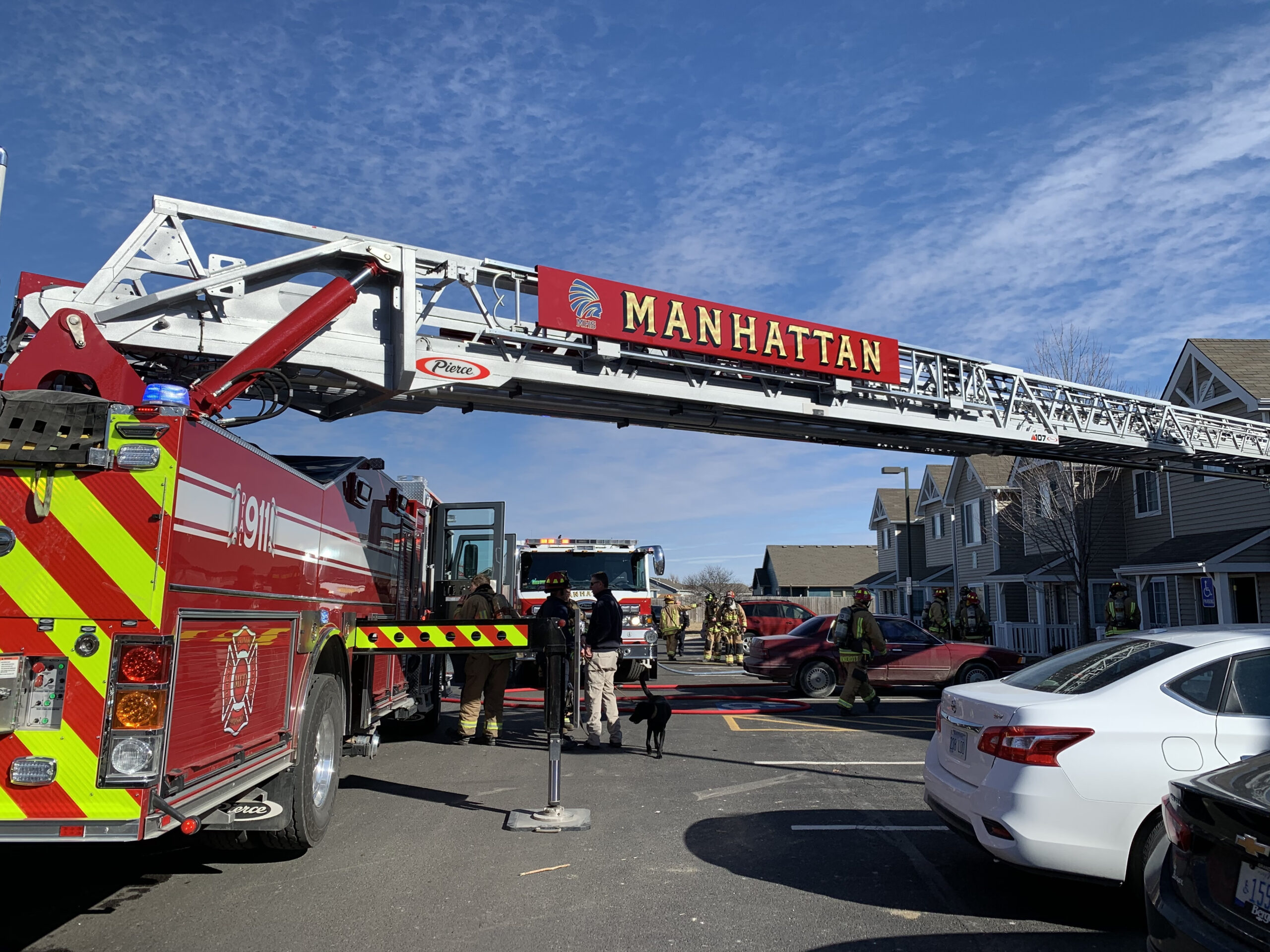 The Manhattan Fire Department responded to the second cooking fire in one day when it responded to a structure fire at 415 Walters Dr., Apt. 1108, earlier today.

Firefighters arrived to light smoke coming from the two-story apartment building and were able to contain the fire within 10 minutes.

Losses amounted to about $3000 in structure damage and $1000 in building contents.

The fire was accidentally caused by unattended cooking.

Firefighters had previously responded to a cooking fire at 727 Crestwood Dr., Apt. 3.

This fire was put out with a fire extinguisher and caused an estimated $1000 in losses.

According to Assistant Fire Chief Ryan Courtright, cooking fires are the number one cause of fires in Manhattan and the United States.