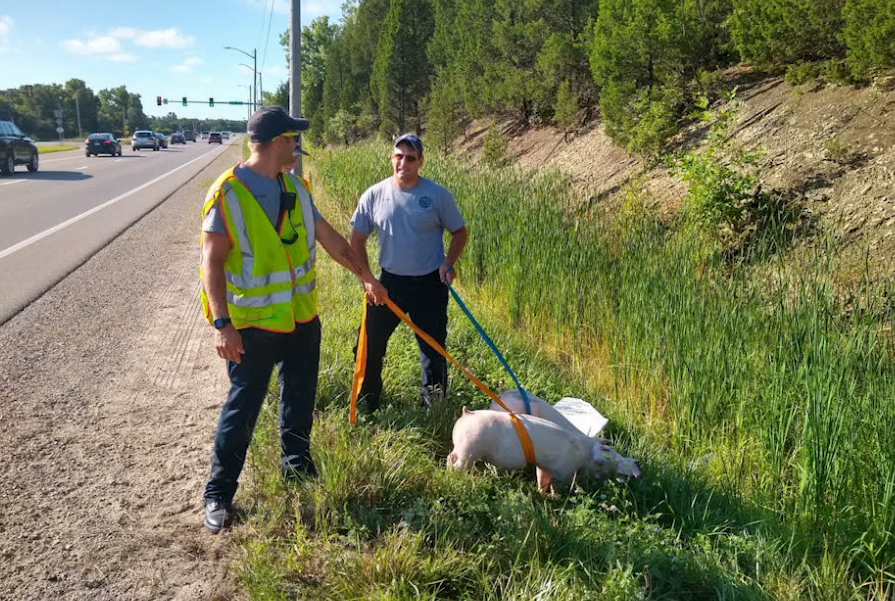 Manhattan Fire officials added pig wrangling to their resumes Monday after four swine fell from the back of a truck.

MFD and Riley County Police responded to the scene at Tuttle Creek Boulevard and Kimball Avenue around 8:40 a.m. They had received multiple calls regarding pig sightings on the highway, one near 3rd Street and one near McCall and T.C.B. The scene was cleared around 9.

Deputy Fire Chief Ryan Almes says they apprehended multiple pigs with “webbing.” By the time RCPD arrived on scene, PIO Hali Rowland says fire personnel had two of the pigs on what appeared to be leashes.

Almes says with the help of some KSU employees as well, MFD got the pigs out of the roadway and police assisted with traffic control and helped locate the truck they fell from and returned them.