You are at:Home»State News»Missouri woman sues Kansas city, ex-cop who groped her 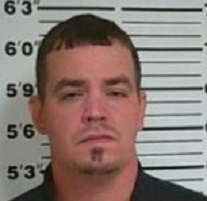 ELWOOD, Kan. — A Missouri woman is suing a northeastern Kansas city and one of its former police officers who pleaded guilty to sexual battery for groping her during an arrest two years ago.

The Kansas City Star reports that woman is suing the city of Elwood and former Officer Aaron Newberry for an undisclosed amount. The lawsuit accuses them of negligent infliction of emotional distress. The woman details in the lawsuit that Newberry arrested her at a party in Elwood in July 2018 for having a small amount of marijuana. She says once they were in his patrol car, he groped her breasts under her shirt while she was handcuffed.

Newberry was fired the day he was charged.