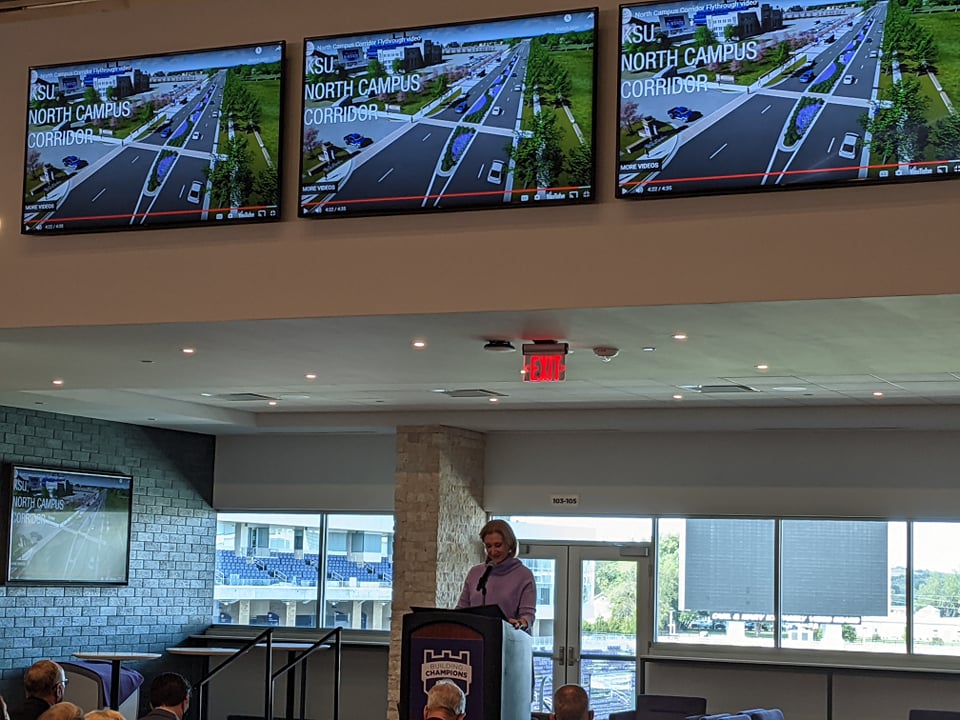 KDOT Secretary Julie Lorenz addresses a gathering Thursday on the North Campus Corridor project. The kickoff event for the next phase along Kimball Ave. was celebrated at the new Shamrock Zone at Bramlage Coliseum. (Troy Coverdale/KMAN) 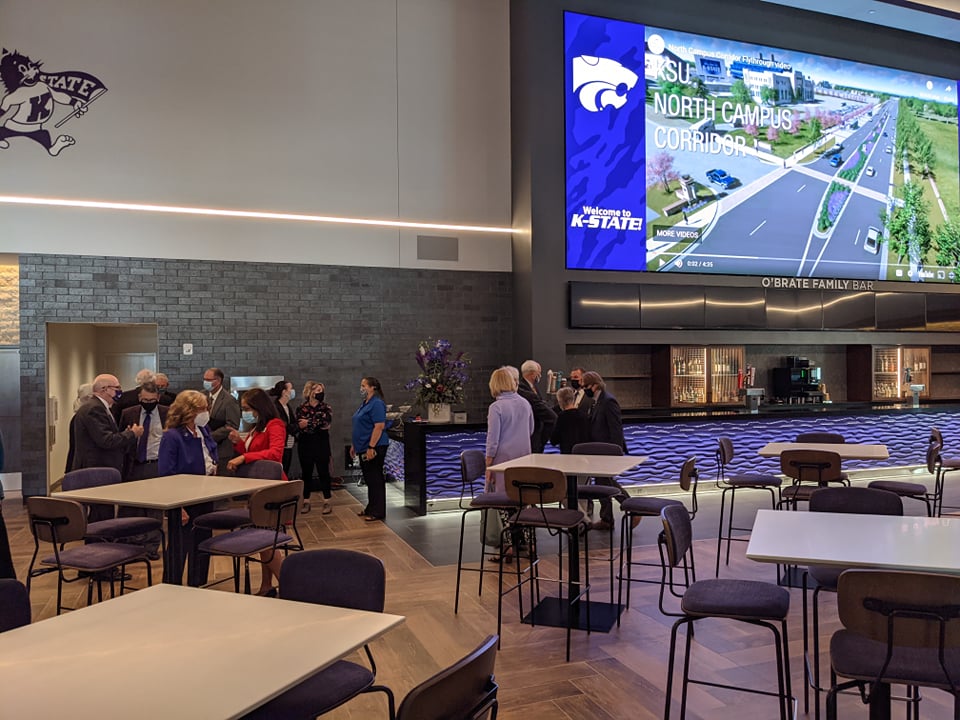 While the year-long closure of Kimball between North Manhattan and Denison Avenues is likely to draw plenty of consternation from drivers, it was the subject of praise Thursday at an event hosting KDOT Secretary Julie Lorenz.

The latest phase of the North Campus Corridor project is being mostly funded by a KDOT grant. Lorenz praised it because of the impacts tied to NBAF, the Edge Collaborative District and K-State Athletics.

She noted how the full project has a widespread impact because of the presence of NBAF, the BRI and the Edge Collaborative District, plus K-State’s athletic facilities.

Manhattan Mayor Wynn Butler said, while noting complaints before the next phase starts, the staggered approach with the over-arching project was needed.

The K-State game with Iowa State will be the last football game of the season not impacted by the road closure. Athletic Director Gene Taylor is on board with what the project means for the future and urging patience.

Kimball between North Manhattan and Denison Avenues will be closed starting Monday. It’s expected it won’t be open for traffic again until next September.

Others speaking at Thursday’s event at the new Shamrock Zone at Bramlage Coliseum were K-State President Richard Myers and KSU Foundation President and CEO Greg Willems.