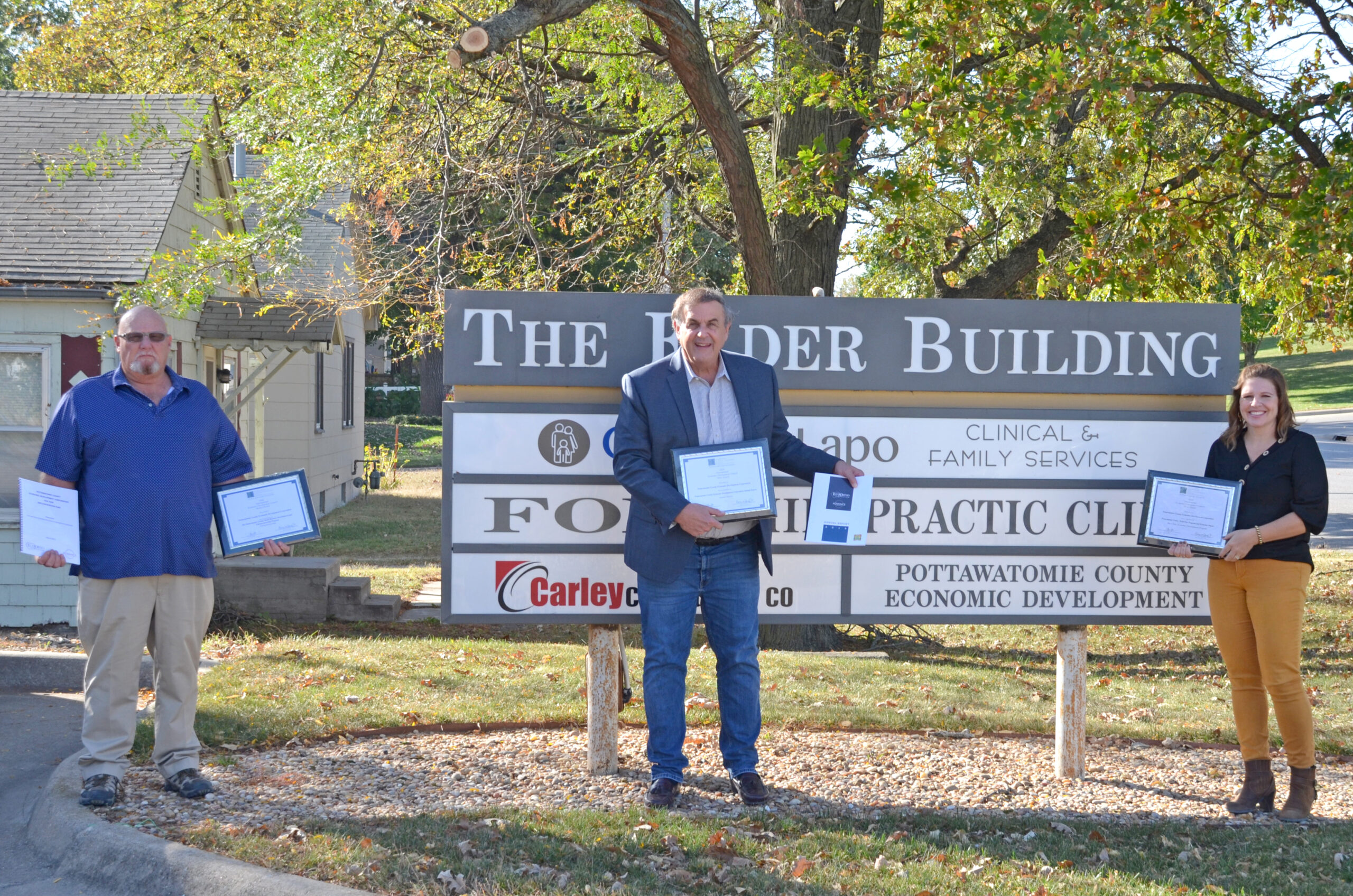 The Pottawatomie County Economic Development Corporation has received three awards from the International Economic Development Council.
The awards were presented to the organization at the International Economic Development Council Annual Conference on Oct. 12.
Jack Allston, Pott. County EcoDevo executive director, says the first award his organization received was for a video series highlighting nine small businesses in Pottawatomie County.
“It also includes not only the work with those companies, but our work in youth entrepreneurship, Destination BootCamp, Kansas Ice House and other activities that we have for small business and growing entrepreneurs,” Allston said.
Allston credits some of the success of the businesses he works with to a strong loan program.
“We’ve been really blessed because we have a really strong loan committee that loans those funds out,” Allston said. “Jessica Venneberg, the executive assistant, is in charge and administrates that program. We haven’t had any defaults, which is pretty amazing considering the loan program has been around for seven or eight years.”
Pott. County EcoDevo also received a Multi-Year Program and Economic Impact Analysis award and an Annual Report award.
Allston says the awards are significant in part because economic development organizations in Kansas don’t typically submit their work for IEDC awards.
“There were 18 submittals by Kansans this year and, actually, Go Topeka had numerous awards,” Allston said. “I think they had about four or five.”
When it was all said and done, Pott. County EcoDevo took home one bronze and two silver awards.
Share. Twitter Facebook Google+ Pinterest LinkedIn Tumblr Email