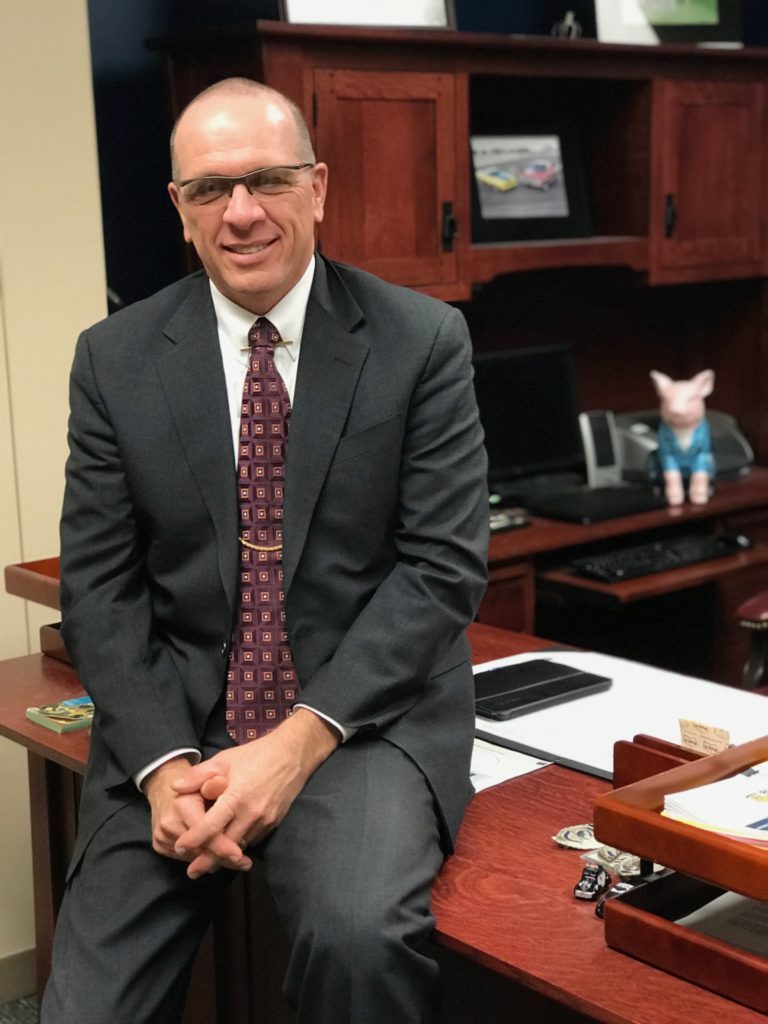 The Riley County Police Department announced Friday morning that director Brad Schoen will retire after 36 years serving the citizens of Riley County. Schoen began his career as a patrol officer on January 1, 1983, before being appointed director on November 17, 2007.

Since the RCPD was established in 1974, he is the only person to be promoted through the ranks from a patrol officer to the director of the department.

“I like the work. I have always liked the work,” Schoen said in a press release from the department. “It was fun. For the first two years that I came to work, I didn’t even take vacation — it was so fun. And here we are now, 36 years later.”

The RCPD says under Schoen’s direction, the department has maintained national accreditation standards, strengthened community policing practices and implemented a “fair and impartial” brand of training requirements for all department personnel.

“I view myself as a transitional director, setting the stage for where we need to go in the future,” Schoen said. “The things that happen around here don’t happen by virtue of any one person. They happened during my tenure as director, but it really is almost always a joint effort.”

Schoen’s live interview from Friday morning’s edition of KMAN’s “In Focus” can be heard below:

Schoen will remain at RCPD as the director through the remainder of 2018. The process to find a successor will begin immediately. The incoming director will be appointed in the coming months. Information on the hiring deadline and opportunities for citizen input during the selection process will be discussed at the Riley County Law Board meeting on Feb. 20 at noon. The position will be open to qualified internal and external candidates.

“I admire and have the utmost respect for all the men and women of the Riley County Police Department and feel that they are an integral part of Director Schoen’s success,” Law Board Chair Craig Beardsley said. “I knew Captain Schoen before his selection as director and always admired his professionalism, integrity and service-minded approach.

“His success and growth as the director has done nothing but increase my admiration and appreciation. He has served the citizens of Riley County in an exemplary manner. Now is the time for us to thank him for his service and wish him the best when he retires.”

The press release said members of the RCPD thank Schoen for the past 11 years of leadership and faithful dedication to reducing crime and improving the quality of life for the citizens they serve.