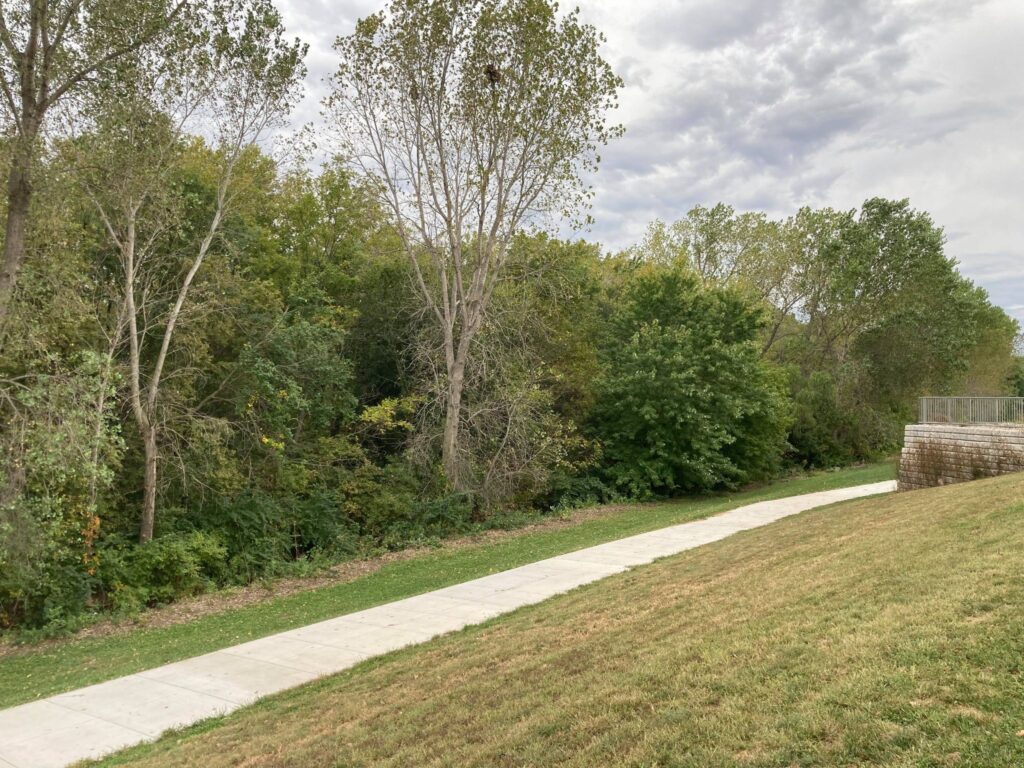 The line of trees on an easement south of the Anthony Middle School property in question. Kansas Gas Service says it may be necessary to remove a most of the trees to fix an exposed gas line. (Brandon Peoples/KMAN)

Residents of an area near Anthony Middle School are trying to hammer out an agreement with Kansas Gas Service to limit the cutting of trees.

Due to an exposed gas line, Kansas Gas Service has planned a project to cut down the trees, on the south side of the middle school property, to work on the pipe. Community members met with a Kansas Gas Service representative Monday, for the second time in two weeks.

Transmissions Manager James Parks says the original plan was to remove all of the trees along the creek. 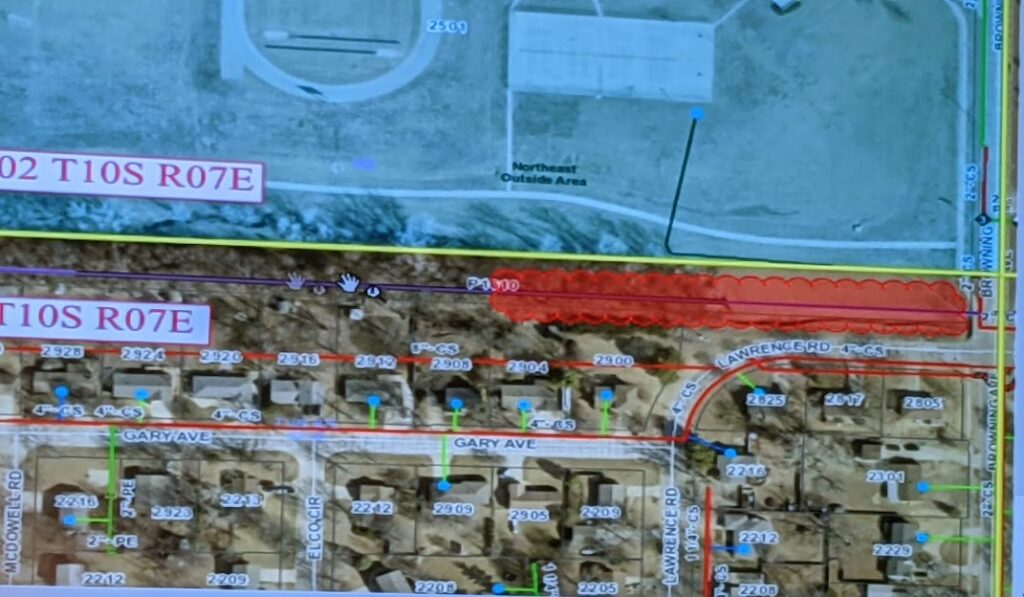 Parks says this plan still allows for part of the tree line in that affected area for trees on the north and south sides. However, if the inspection of the line shows more significant damage, they would have to take out the entire tree line.

Many members of the audience, including Krista Danielson, suggested re-routing the line.

The land north of the easement is owned by the school district. Parks says re-routing would cost a significant amount of money, but wasn’t able to provide an estimate Monday night.

During the meeting, other members in the audience kept echoing this idea and speaking to how important the area is to the neighborhood.  Community member Caroline Jones explains how important this area is to her and the community. 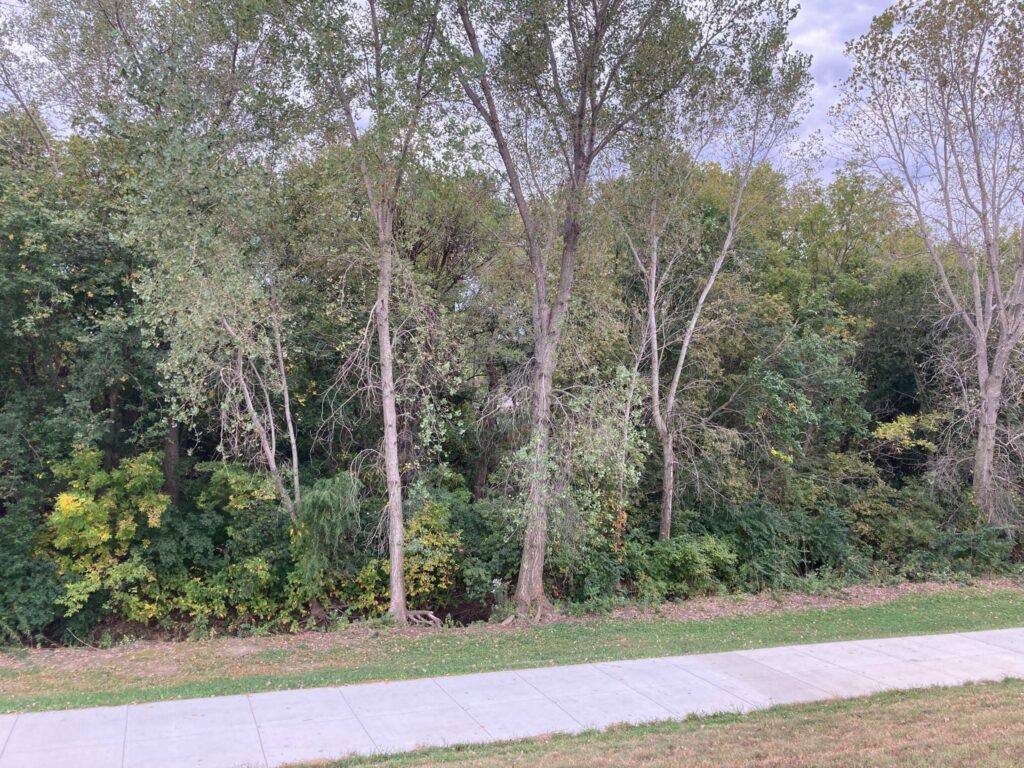 Trees line an area near a walking trail south of the Anthony Rec Center. (Brandon Peoples/KMAN)

Another community member says he and his wife have been observing the wildlife in the area, especially the frogs. With the trees gone, that could disrupt the ecosystem of the area, which also includes a walking trail.

Parks, who is also the project manager, says he will see what can be done.

Parks commended community members for coming to him with their concerns. A third meeting is expected but not yet confirmed.