You are at:Home»Local News»Riley County commissioners take next steps for the RCPD firing range project 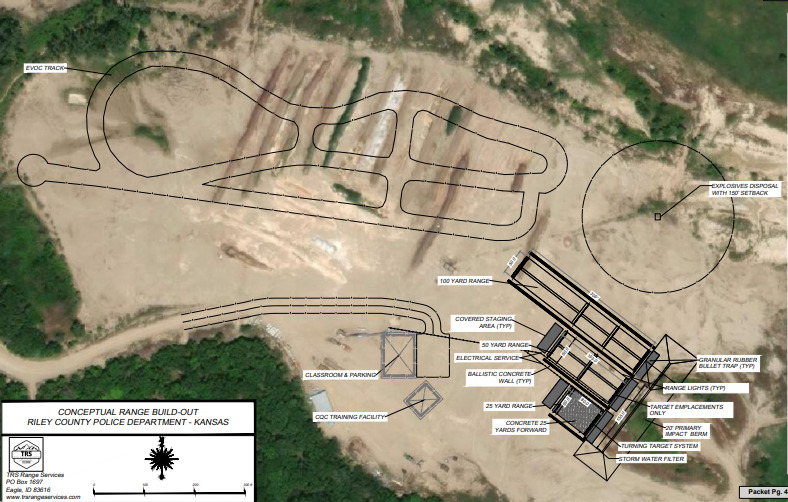 County Counselor Clancy Holeman walked the commissioners through what a design/build and design-bid built process would look like in comparison. The public works department recommended the design/build concept.

“You can use design/build on some projects, but you cannot use it for most of what public works does,” says Holeman, “You can use it for certain facilities and improvements to real property.”

Holeman says the project qualifies for the design/build process based on statute.  Those requirements include:

If the commissioners approved having the design/build model and sign off on it, then a public hearing will be held 15 days after publication.  In addition to these requirements, the commissioners will also be required to provide a stipend to those companies submitting a design.

“If they did submit a qualification that meets all of the requirements, then they are entitled to that stipend,” says Holemen, “It has to be really detailed and follow those requirements and outlines.”

Holeman says the statute does not indicate how much the stipend should be. The stipend is not intended to pay back the firm for their work.  He also says if they decide to not use the design/build once they reach the stipend phase, then they will have to pay back every firm that submitted a qualification, twice the amount of the stipend. 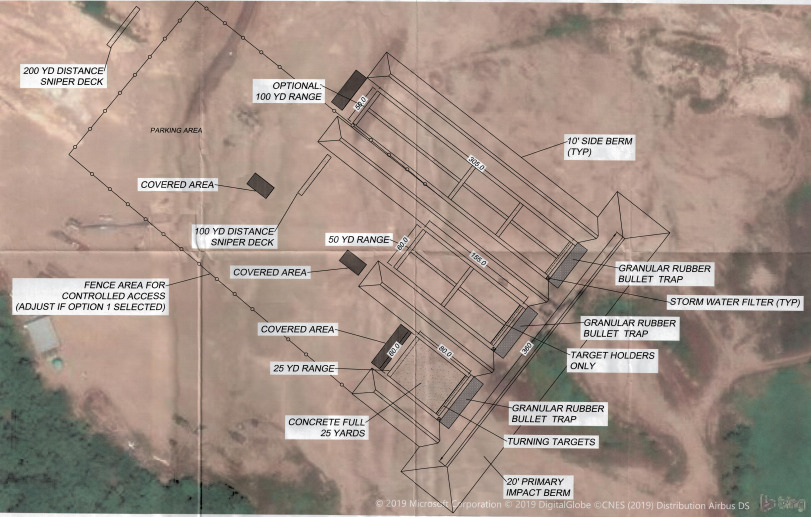 After hearing all of the steps included, Commission Chairman Ron Wells commented on the entire process.  Since the model has been used several times by other entities over the past decade, he showed interest in it.  However, with the short timeline the commission has left on the current range’s lease and the stipends, he was a little hesitant.

Holeman says they only have to stipend five firms as stated by statute.  They will received a total of six submissions and then choose the one who will complete the plan.

“The stipend is not limitless, it is not designed to basically be that year’s income for whoever is applying,” says Holeman, “They also have to give detailed description of their experience, qualifications, and references so not just anyone is going to be able to meet a project that is this complicated.”

After hearing all this information, Public Works Director Leon Hobson recommended moving forward with Total Range Solutions to prepare a site plan for the range.

“They need to have this site plan before they can move forward with rezoning, which also includes the master plan,” says Hobson.

The commission will receive a stamp set of plans for about 35 percent design from the TRS site plan. Hobson also urge the commission to move forward with this since they do not have a lot of time.  The company can start as soon as the end of February, and Hobson believes they can turn it around pretty quickly.

Hobson also presented a look at the budget for the range, which is estimated at around $1.5 million. Wells was a little frustrated at all of the costs.

“All the misinformation with the condemnation from the public, here’s a case in point where after the last environmental impact study, the price we could have already had the range.  Now it’s at 10 to 15 times the cost,” says Wells.

When the original lease was up for the current range, the commission at the time considered using condemnation to acquire the property where the current range is at. They eventually decided against it.

RCPD Director Dennis Butler says he appreciates Wells’ concerns, but offered some perspective from his personal experience from the previous two agencies. The first had an indoor/outdoor range that lasted over 60 years, and the other was just an outdoor range.  He says the difference between the two is pretty dramatic in terms of efficiency and effectiveness.

“The main point I’m trying to make is that I know this costing much more than what you would have hoped, but I really envision this facility and this range being in place for decades,” says Butler.

A public meeting will also be held on January 23 at 10:15 a.m. to comply with the statute.