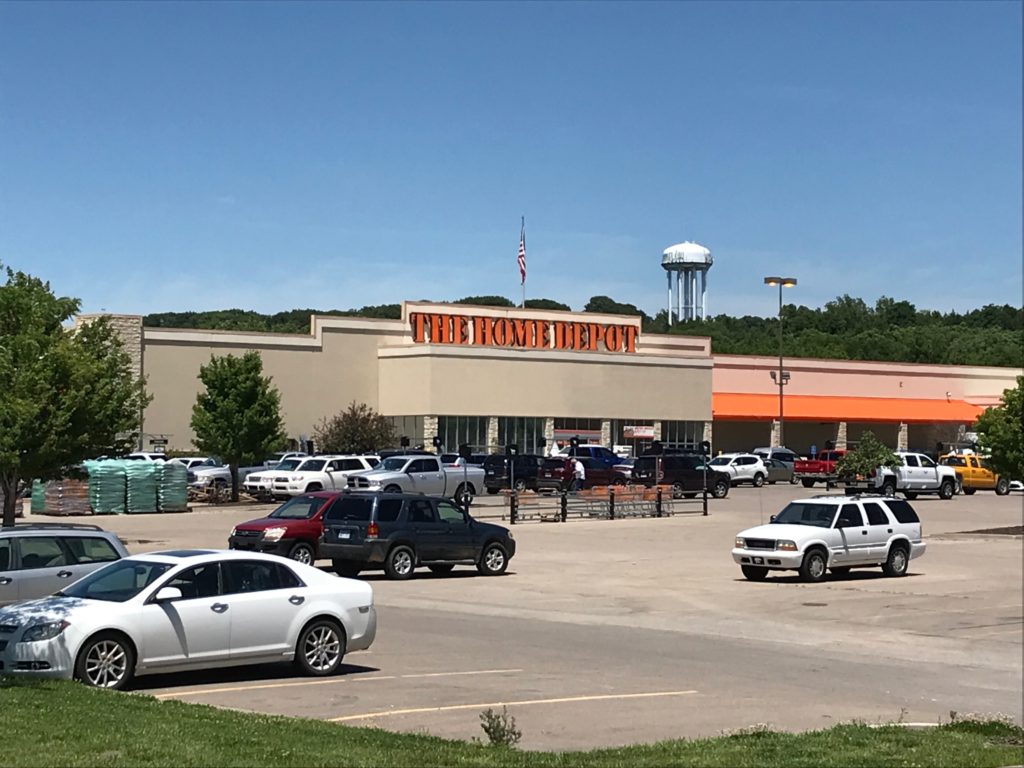 The Kansas Board of Tax Appeals in November rejected a Riley County request for reconsideration of a ruling that would refund more than $88,000 to Home Depot.

County Counselor Clancy Holeman says Riley County is evaluating its next steps regarding a possible new appeal in court, but if things remain as is then the sum will be deducted from future tax distributions to area taxing entities.

Riley County had submitted a petition for reconsideration of the BOTA’s March 2021 ruling, in which Home Depot was awarded a refund of $87,849 and 8 percent annually in interest on its $239,000 2018 tax bill. Home Depot had appealed its appraisal value with the board, arguing that the property was overvalued by 40 percent and instead should be appraised as if it were vacant. The approach is what is referred to as the ‘dark store theory’ being employed in similar cases by big box retailers across Kansas and the U.S.

“This seems to be the route these cases are taking so far, at least at the BOTA level,” Holeman said at the intergovernmental luncheon on November 22. “We will have a discussion with our attorney, Mike Montoya, who represents Riley County before the Board of Tax Appeals.”

Riley County Appraiser Greg McHenry says the argument’s logic is not accepted by any professional appraisers organization. If the ruling stands, the case will be the first of its kind lost by Riley County — though Hy-Vee has secured a reduction in the past.

The case is one of multiple pending Riley County cases before the BOTA, which include appeals by Walgreens, Target and Bed, Bath & Beyond.

“The important part of that is that every taxing entity who received a benefit of a levy of that,” Holeman says, “will be also be making a refund on that if we do not appeal and try and get the Board of Tax Appeals reversed.”

“It is a big impact on us,” says USD 383 School Board Member Darrell Edie.

Holeman says Riley County’s arguments took approximately two hours, with Home Depot’s tax counsel taking, by their estimate, in the realm of half an hour. Holeman also commented on the lack of details on decision by the BOTA.

“It simply says there’s no new evidence,” Holeman says. “Our point of view, that’s not the point of the petition for reconsideration. It wasn’t to present new evidence, it was to try and change their mind.”

Riley County Commission Chair John Ford says part of the strategy of tax attorneys for big box corporations in similar cases has been to delay the case as long as possible to accrue greater interest on the refund.

“The Kansas Association of Counties tomorrow is holding a previously scheduled Zoom call,” says Holeman. “They want to see if there is some kind of common response that can be done either legislatively or by sharing additional litigation tactics as we go forward among the counties.”

Riley County will be joined by representation from Johnson, Wyandotte and Sedgwick Counties on that call, according to Holeman.

Manhattan City Commissioner Usha Reddi says the message to state legislators should be further amplified by other municipalities.

“It impacts all of us at different levels,” says Reddi. “We’re probably on the same message, but they need to continue to hear it from all of us at the same time.”