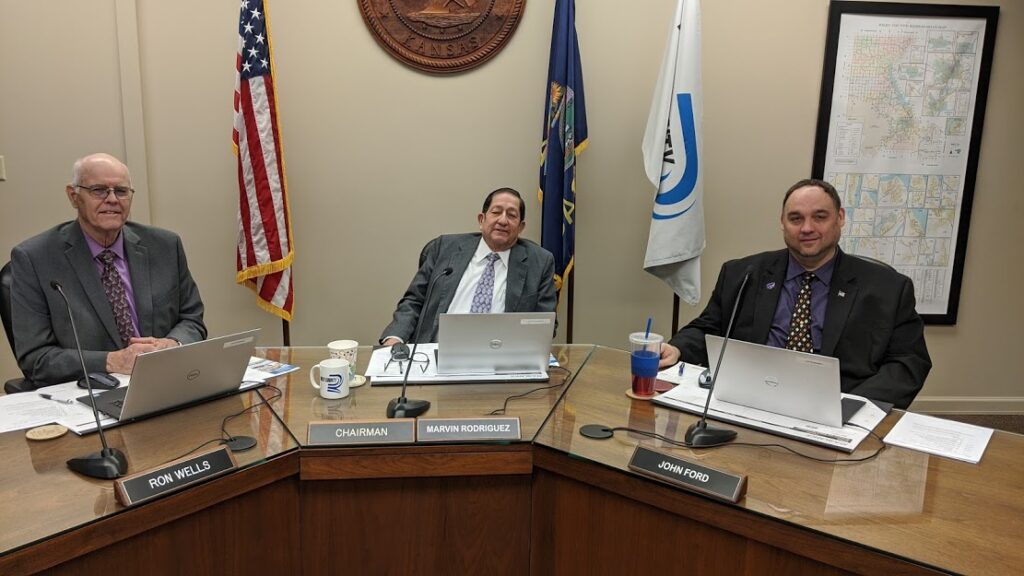 Riley County commissioners have decided they won’t move forward with a new Aggieville substation inside the City of Manhattan’s new planned parking garage.

Commissioners tabled the decision initially until they could meet with city officials for more information. On Thursday, the commission canceled that meeting. Earlier in the meeting, RCPD Director Dennis Butler tried to clear up some of the issues they had with the project.

Commissioner John Ford says he won’t argue that RCPD needs the space, but doesn’t think the garage is the place to be.

Butler told the commission that the substation is a benefit to the community and anyone in Aggieville.

Commissioner Ron Wells responded saying the county is already going to lose money from the parking garage. On Monday, Wells said the substation was more of a benefit to the Aggieville than to the county, and shared those feelings again with Butler.

Commission Chair Marvin Rodriguez also stated he doesn’t believe the parking garage is the logical spot for a substation, especially since it’s unclear how the two entities would split up costs for the facility.

Butler says RCPD was offered the space from the city and took the offer as the rational route. An option he gave to the commission would be to outright buy the building the current substation is in. Butler likes the idea of placing county entities on or in county owned property, like the RCPD firing range.

Wells says he doesn’t want RCPD to think the commission doesn’t support another substation, they just have some reservations with the location.

In other business Thursday, the Riley County Commission opted to move forward with the creation of a new Public Information Officer position. It will be funded for the first year from COVID infrastructure related grant from the health department for the first year. County Clerk Rich Vargo told commissioners they hoped to have the position posted as early as this weekend.