Major League Baseball is back this week, Opening Night is Thursday, July 23rd, with most teams starting on Friday, July 24th. The Kansas City Royals return for another season of baseball on News Radio KMAN with all 60 games scheduled to be on KMAN via the Royals Radio Network.

In addition to the game broadcasts, 30 minutes of pregame coverage from the Royals Radio Network will be a part of the schedule on most nights. New to this year’s Royals coverage is an additional 30-minute pregame show that will run each night first pitch is scheduled for 7:00 p.m. It will be a locally produced and hosted Royals pregame show, bridging coverage from “The Game” to the Royals Radio Network taking over. KMAN Sports’ Mason Voth will host the “Royals Report” one hour before every 7:00 p.m. first pitch.

The first edition of the “Royals Report” will be prior to Kansas City’s home opener at Kauffman Stadium versus the Chicago White Sox. Below is the full KMAN coverage schedule for July and August. 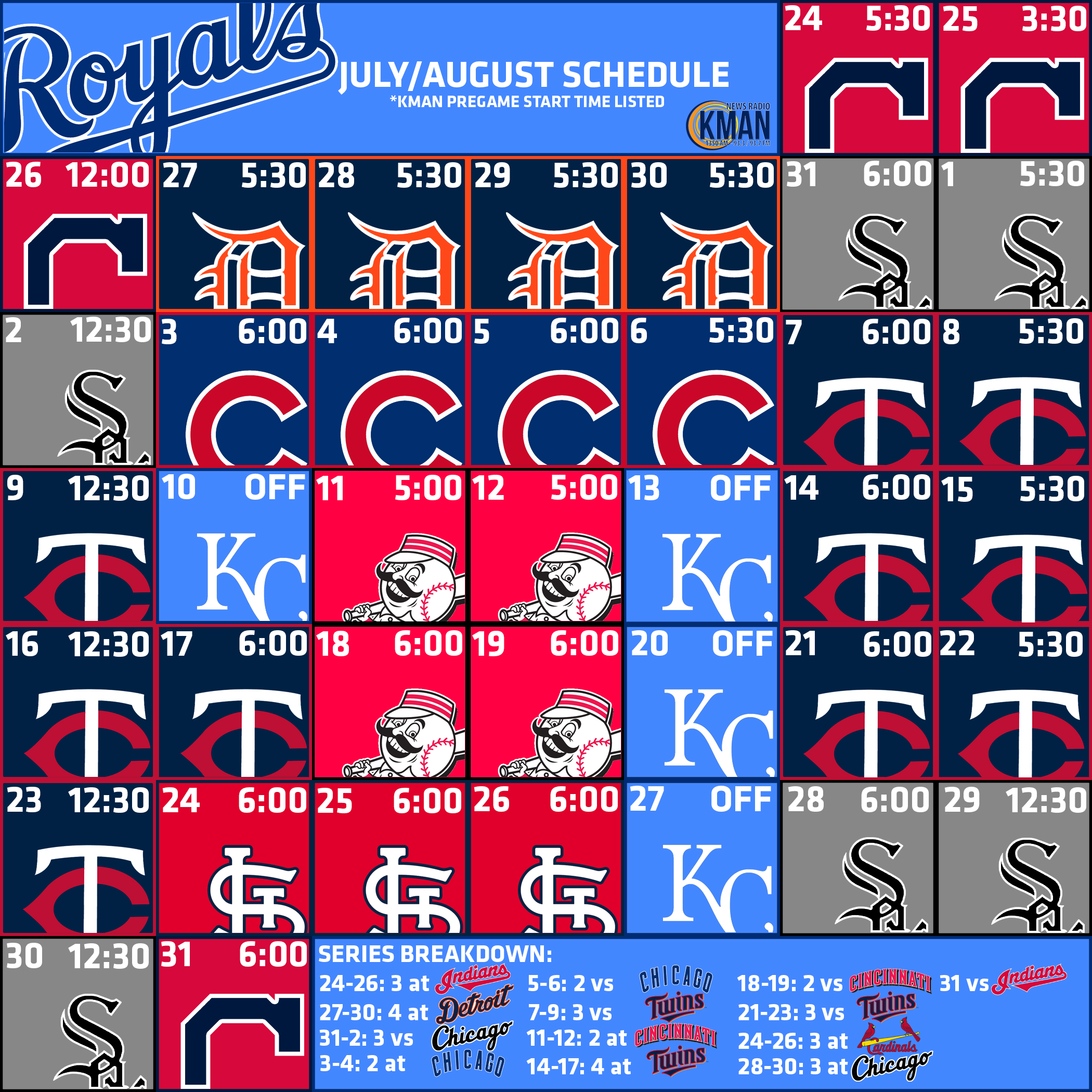