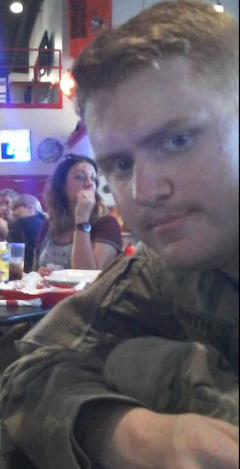 A prosecutor says an Army soldier charged with distributing information about making explosives online is a Satanist who wanted to overthrow the U.S. government.

Assistant U.S. Attorney Anthony Mattivi said during a federal court hearing Thursday in Kansas that 24-year-old Jarrett William Smith had a specific plan to overthrow the government and told the FBI he was distributing information on explosives “for the glory of his Satanist religion.”

But an attorney for Smith said he is only an internet “troll” who was “spouting off online” and sharing widely available information.

Smith pleaded not guilty to two federal charges of distributing explosives information and a third alleging he threatened to set fire to the home owned by a far-left-leaning “antifa” member. A federal magistrate ordered him detained until his trial.

A federal grand jury in Kansas has indicted an Army soldier on charges that he distributed explosives information and threatened to set fire to a home.

The indictment charges Jarrett William Smith with two counts related to the explosives and one count linked to trying to gain entry to a home and injure someone listed only as D.H. The indictment alleges he made the threat from Kansas to Michigan.

Federal prosecutors have said Smith discussed his plan to kill far-left-leaning “antifa” activists and described how to build a bomb that could be triggered by calling a cellphone.

The 24-year-old private first class and infantry soldier from South Carolina is stationed at Fort Riley, Kansas. He was initially charged in a criminal complaint Monday.