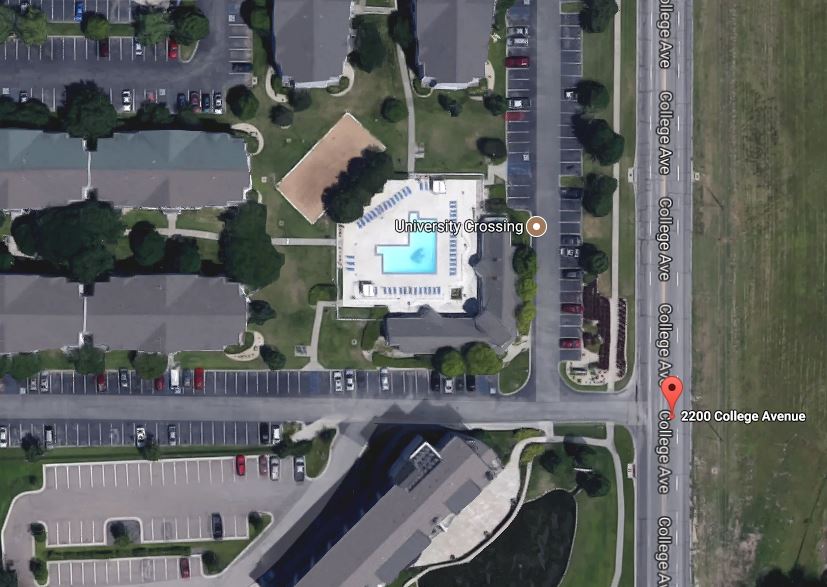 The Riley County Police Department has released a description of a man suspected in a shooting Monday afternoon near the University Crossing apartment complex in Manhattan.

Officers listed an adult male as the victim when it was reported an unknown suspect tried to rob him, then shot him in the 2200 block of College Avenue at approximately 4:20 p.m. The suspect is described as a man approximately 5 feet 10 inches tall, medium to heavy build, wearing a black ski mask and a sweatshirt.

Via Christi hospital in Manhattan, which is a block south of University Crossing, was on lockdown Monday afternoon following the shooting.

The victim was treated and released Monday evening.

Via Christi Manhattan Community Relations Director Michelle Kennedy said the lockdown was lifted just after 6:30 p.m. The lockdown was directed at the request of the RCPD.

Police ask that anyone with information contact RCPD or the Manhattan Riley County Crime Stoppers. Using the Crime Stoppers service can allow you to remain anonymous and could qualify you for a cash reward of up to $1,000.