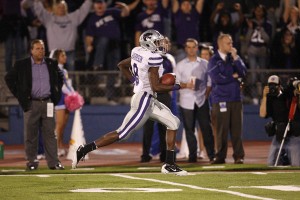 Three former Wildcats are getting their shot in the NFL. Defensive back Stephen Harrison has signed as an undrafted free agent with the San Diego Chargers, long snapper Corey Adams will get his shot with the Dallas Cowboys and kick returner and running back William Powell signed a free agent deal with the Arizona Cardinals. Harrison is one of 19 undrafted free agents already picked up by the Chargers and Adams joins three other big 12 players who have agreed to terms recently with the Cowboys. Powell becomes the second K-Stater on the Cardinals roster, linebacker Reggie Walker was an undrafted free agent, and is now in his third year with the club.