You are at:Home»Local News»Update: search continues for alligator spotted in Wildcat Creek 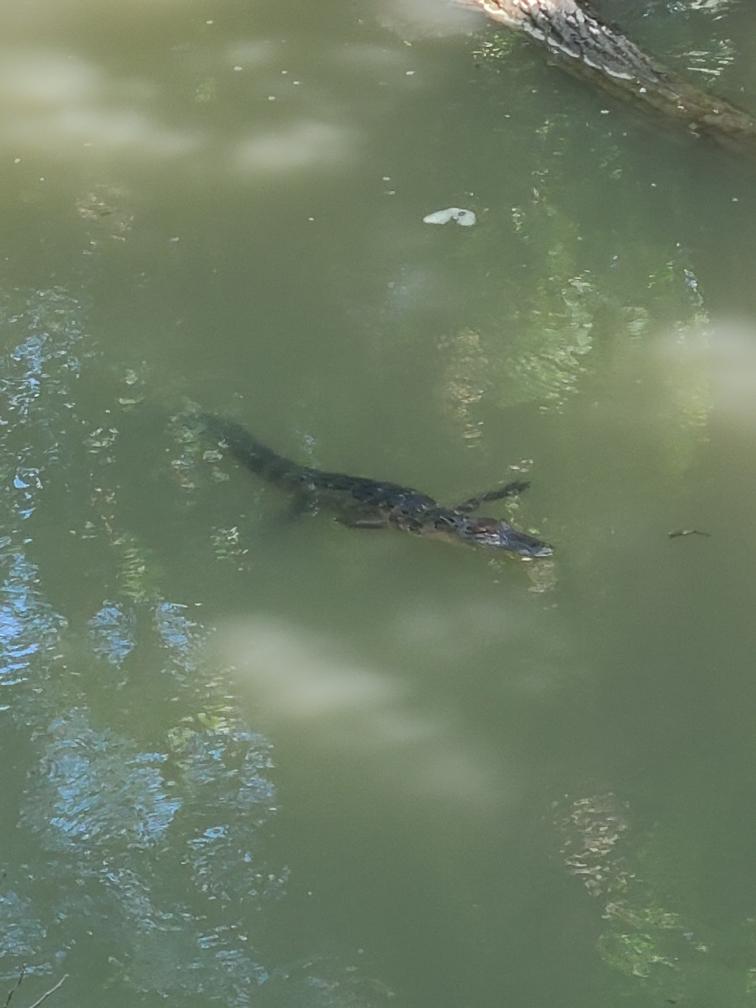 The female alligator spotted in Wildcat Creek, stolen from a Manhattan pet store, has stayed in the same general area due to the abundance of food. (Courtesy of the City of Manhattan)

The search for an alligator found in Wildcat Creek that was stolen from a Manhattan pet store continues.

It’s been two days since the female alligator was first seen in the creek. The two gators were reported stolen from Manhattan pet store Reptile World this past weekend. It’s unclear how or when the animal made it into the creek and the whereabouts of the male alligator is uncertain at this time.

Reptile World’s owners acquired the alligators as rescues from private residences in Kansas City and Manhattan. The animals are illegal to own in the city without a zoo license. 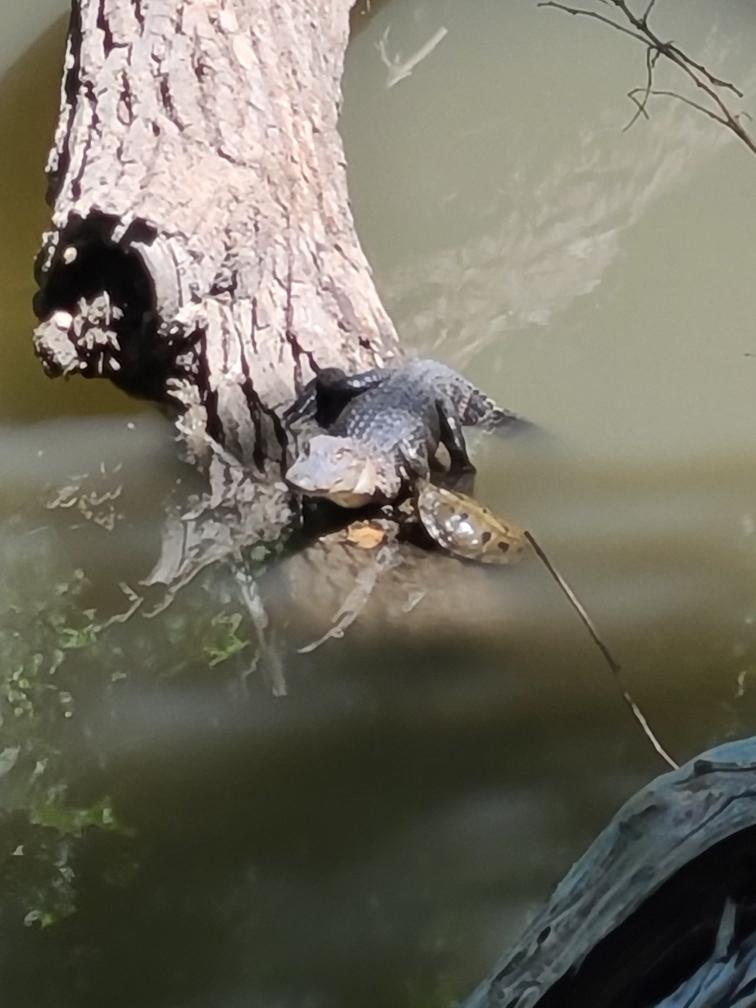 The female gator sometimes surfaces onto a log, seen here alongside a turtle. (Courtesy of the City of Manhattan)

Animal control and the gators’ owner have been working “day and night” to capture the female gator, but it submerges itself every time they enter the water. According to a release, the alligator has been staying generally in the same area due to abundant food.

“We ask that people stay away from the area both for their own safety and for the safety of the alligators,” said T. Russell Reitz Animal Shelter Director Deborah Watkins. “These animals will not be able to survive a Kansas winter, so it important that they are safely secured and returned to their controlled environment.”

The search for two stolen alligators continues after one was believed to be spotted Wednesday in Wildcat Creek.

The gators were reported stolen from Manhattan pet store Reptile World this past weekend. A man reported spotting one while walking Linear Trail near 17th Street Wednesday after 1 p.m. It’s not known when or how the animal entered the water.

Animal control were unable to capture it and left a trap with plans to re-start the search Thursday morning.

Linear Trail from Pecan Circle to South Manhattan Avenue is closed as a result, the public is asked to avoid the area.

The gators are approximately 5 feet long and could pose a safety risk. If you see an alligator, call 911 immediately. Officials warn not to attempt to catch it on your own and do not harm it.