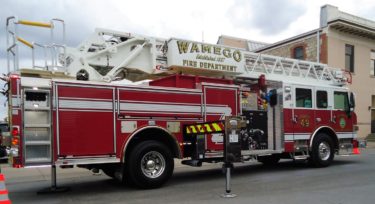 The Wamego City Commission approved two ordinances amending the utility payment code. At Tuesday’s meeting, City Manager Merl Page reviewed the ordinances related to deadline of payments, defining and restoration of services in the event of disconnection for non-payment. The ordinance states the billing for utility services is due on the 1st day of each month and must be paid by 4:30 p.m. on the 16th day of that month at the City offices, or on-line by 7:30 p.m. on the 16th day of each month.  The other related ordinance deals with disconnection and the fees applicable before services can be reinstated. A motion was made and approved by a vote of 5 to 0 on both ordinances.

In other business, the Commission approved the renewal of the 2017 Health Insurance contract with Blue Cross/Blue Shield. Page said the City’s health insurance is a 4-tier structure and will see a rate increase between the tiers of 4.4% to 5.2%. Page said this was well below what they expected to pay in 2017.

The Wamego City Commission approved an equipment rollover at their Tuesday meeting. City Manager Page reviewed the City’s program to rollover a Skid Steer based purchase price and tack hours through KanEquip. Page anticipates by the time of rollover, the purchase price will be between $2,700 and $3,000. The City budgeted $5,000 and will keep the existing bucket and just trade the machine only.

In other business:
· Page reported the October City sales tax numbers are up .4% for the same 10-month period a year ago, while the County is up 5.6%. Page noted the City is on target with budget projections.

· The new Fire Truck was delivered (see photo above) and the old one was sold for $45,500 to an Oklahoma community higher than the estimated $25,000 for resale.

· Page reminded the Commission of the War Memorial dedication on November 20th at 1 p.m. and the time change this weekend. 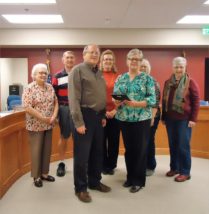 The Wamego City Commission had several recognition ceremonies Tuesday. City Manager Page introduced Wamego Housing Authority Project Manager Joni Chrest, who refreshed the Commission on an article that was written by the City’s Planning and Zoning Director, Ken Stein in the City’s newsletter about the Housing Authority. According to Chrest, the article won an award from the Kansas NAHRO (National Association of Housing and Redevelopment Office) after it was submitted by a local Housing Authority staff member.

Page reminded the Commission of Wamego’s history of 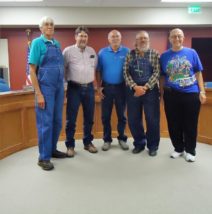 volunteerism, and said the Train in the City Park is an example of volunteerism at its best. The record shows the Children’s Train had over 11,000 riders in 2016, and 296 volunteer hours were donated. Of that total, 265 hours were contributed by 10 top volunteers. Five of the 17 volunteers were at the commission meeting for recognition.