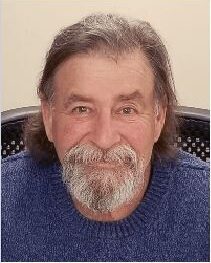 While the idea of putting in a bridge in a bridge on Junietta Road near Oliver Brown Elementary School has been around for a while, it likely won’t come to fruition anytime soon.

Speaking on KMAN’s In Focus Dec. 22, Pottawatomie County commissioner Pat Weixelman said that it’s largely a matter of how it could be funded.

“That’s something we’re going to have to address in the next year or two to try to come up with some funding and make this thing a little more toward reality. As of now there just isn’t any funding available for it,” he said.

Any such bridge, would likely need approval from partners in neighboring Riley County. Weixelman says there hasn’t been very much communication recently concerning the issue. That includes both from the county commission and the City of Manhattan.

Meanwhile, infrastructure improvements continue in the Green Valley area where USD 383 is constructing Oliver Brown Elementary School. It will be the district’s first school building outside of Riley County and is slated to open in August.

Weixelman also said that heading into 2021, Pottawatomie County has done a good job of keeping its finances in order. He recently discussed the topic with County Administrator Chad Kinsley.

“He said we’re going into next year with more carryover money than we did last year and the year before that. We kind of pinch our pennies pretty tight over here. I’m proud to say that we basically work on a cash basis,” he said.

The county received $4.9 million in federal funds from the CARES Act, passed by Congress earlier this year due to the pandemic. Weixelman says they have spent all but $270,000 of those funds.

“We’ll probably end up transferring it toward the general fund to go as far as payroll for EMS and the extra overtime,” he said.

It is uncertain what the county could potentially receive through the stimulus bill Congress approved last week.