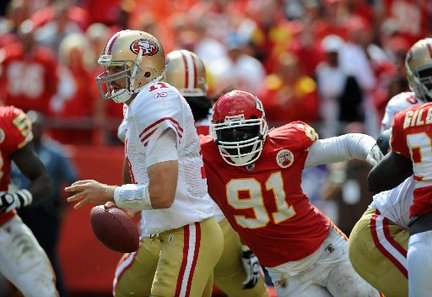 ST. JOSEPH, Mo. (AP)   Top pass rusher Tamba Hali and the Kansas City Chiefs have agreed to terms on a five-year deal worth $60 million.  $35 million of the contract is guaranteed.  Hali will be at training camp Thursday afternoon on the campus of Missouri Western State University. Hali had been designated as the Chiefs’ franchise player after a breakthrough season in which he led the AFC with 14.5 sacks.  His new contract places him in the same echelon as Cowboys pass rusher DeMarcus Ware, who has a six-year, $78 million deal.