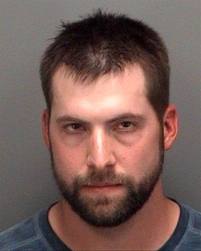 KANSAS CITY, Mo. (AP) Former Royals pitcher Kyle Davies says he is embarrassed by his arrest for disorderly intoxication on the day before he was released.  The 27-year-old Davies told The Kansas City Star that he “made a foolish mistake.”  The booking report shows the Pinellas County Sheriff’s Department in suburban Tampa, Fla., arrested Davies early Tuesday on the misdemeanor charge.  He was released on $100 cash bond.  The next day, the Royals asked for release waivers on Davies to clear space on their roster for catcher Salvador Perez.  The Royals subsequently purchased Perez’s contract from Class AAA Omaha.  General manager Dayton Moore says he only learned of Davies’ arrest Thursday afternoon.  In the 13 starts that led up to Davies’ release, he was 1-9 with a 6.75 ERA.