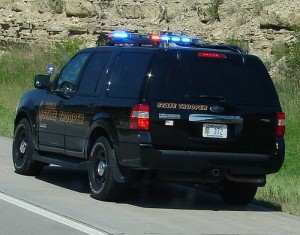 TOPEKA, Kan. (AP) The Kansas Highway Patrol has reopened eastbound Interstate 70 west of Topeka following a long standoff with a man barricaded inside a recreational vehicle. The 25-mile stretch was closed in both directions a little after 8 a.m. Wednesday. Eastbound lanes were opened shortly after the man was taken into custody around 3:30 p.m. Officials expected to open westbound lines quickly. The patrol had closed the highway to protect motorists in case of gunfire. No details about the man were immediately released. The same stretch of interstate was closed for nine hours Monday after troopers stopped a motorist believed to have made threats at a Junction City motel. The patrol said writings on the man’s pickup truck indicated there could be something dangerous in the vehicle. Nothing was found in the truck.