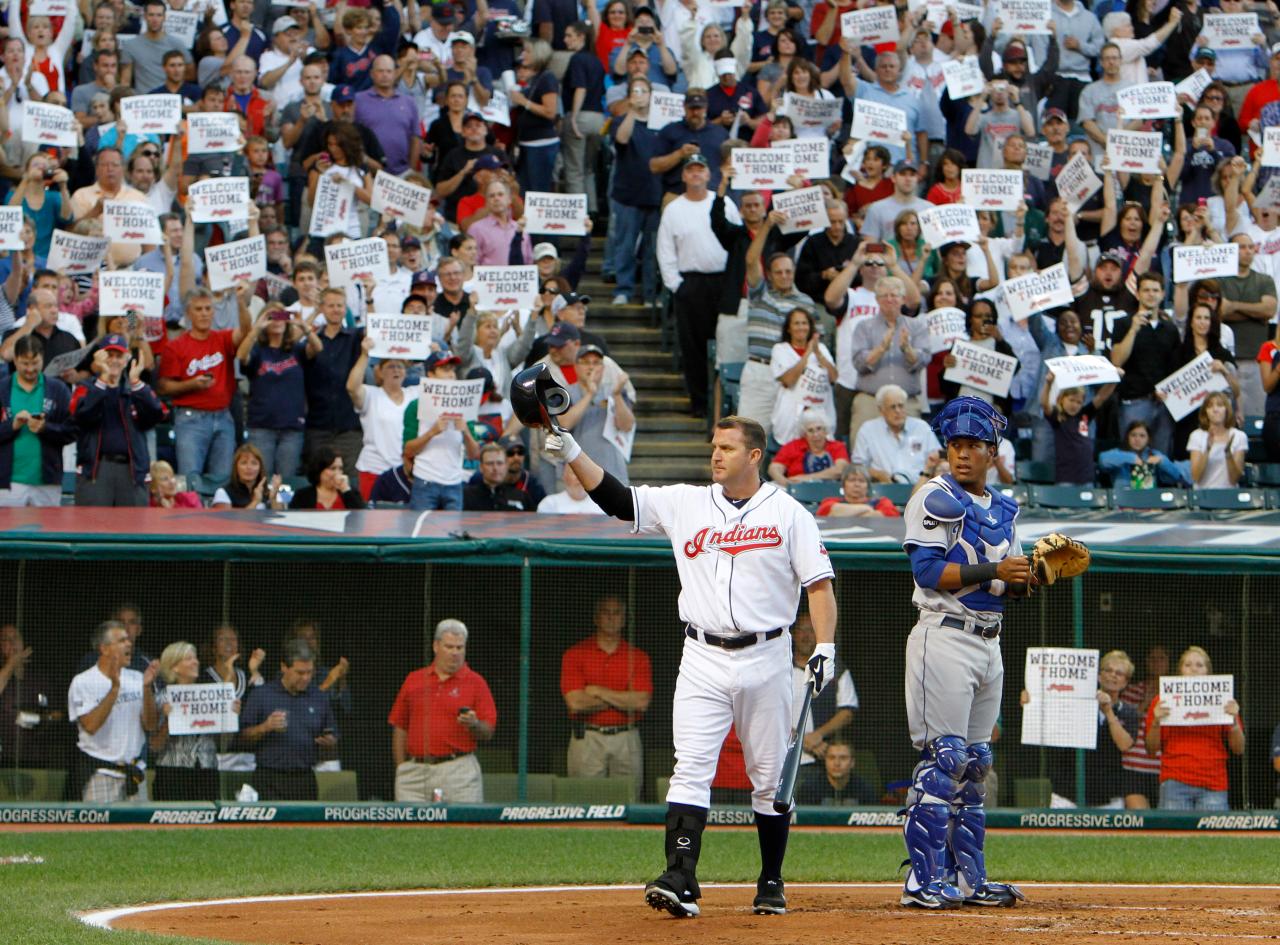 CLEVELAND (AP) — Jim Thome went hitless but was warmly welcomed in his Cleveland homecoming after nearly a decade away and the Indians stopped their slide in the AL Central with a 2-1 win over the Kansas City Royals on Friday night.  Thome went 0 for 4 and struck out twice in his first game back with Cleveland since 2002, when he disappointed Cleveland fans by leaving as a free agent.  The slugger waived a no-trade clause to return to Cleveland and a chance to help the Indians get back to the postseason.  A sellout crowd cheered his every move.  Ubaldo Jimenez (2-1) struck out 10 and allowed one run in seven innings, the kind of performance Cleveland had been needing from him since he came in a trade from Colorado.  The Indians, who all wore their socks high in tribute to Thome, scored the go-ahead run on a bases-loaded walk in the seventh and beat Felipe Paulino (2-6) for just their second win in eight games.  Chris Perez stranded the tying run at third in the ninth for his 28th save.