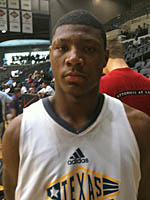 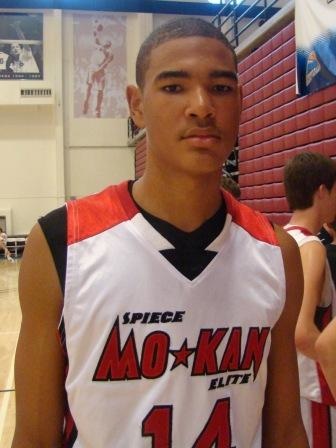 K-State already knew it’s spot in five star 2012 basketball prospect Perry Ellis’s final four, but now the Cats know they’re getting an in home visit as well, according to the Wichita Eagle.

Ellis announced today that he has set 3 of his 4 in home visits and they are all in the state of Kansas.  The K-State coaches will be in the Wichita Heights senior’s home on September 12th, KU on September 9th, and Wichita State on September 13th.  Kentucky is expected to get the fourth of Ellis’ in-home visits.

Once thought to be out of the running, K-State has gotten back into the sweepstakes for five-star small forward Marcus Smart.  Rivals.com says it’s more than likely the Flower Mound, Texas product will visit the Cats.  The entire Big 12 is recruiting the six foot four Smart, ranked #24 nationally in 2012, with Texas thought to be the favorite.  KU, Texas Tech, Oklahoma State, Oklahoma, and North Carolina join K-State among his other favorites.  Some consider Smart to be a package deal with high school teammate, Phil Forte, a three-star point guard, who K-State’s also offered a scholarship.

According to Rivals, K-State may be the lead dog to land 6 foot-10 big man Willie Cauley, who’s a four star player at Olathe South.  The Cats were the first to offer the #9 center in the 2012 class, as Oklahoma State, Kentucky, Alabama, and Florida are all in the mix.  A pair of four-star wings in the 2013 class plan to make a stop at K-State.  Malcolm Hill from Belleville, Illinois, ranked #35 nationally, will visit in September, and Kansas City product Ishmail Wainright, #40 nationally, may visit next week.