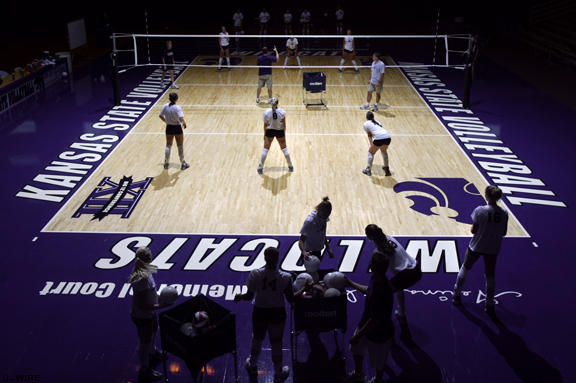 Suzie Fritz’s Wildcats look to be an improved team this fall, and they’ll have to prove it as the league coaches voted them 8th in the Big 12 preseason poll.  The Cats received 20 points in the survey of the nine coaches in the conference, two points behind seventh place KU.  Texas went 27-6 last year and advanced to the Final Four.  The Horns are the preseason Big 12 champ, receiving seven first place votes.  Iowa State picked up the other two first place votes, and is tied for second with Oklahoma.  Texas A&M is picked fourth, followed by Missouri, Baylor, KU, K-State and Texas Tech.