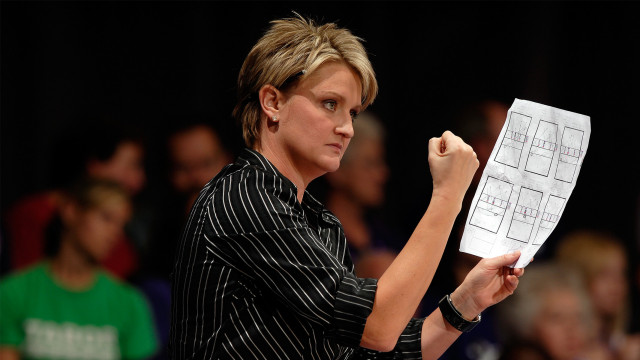 The vast majority of the K-State volleyball team returns for this season, and Wildcat fans can their first look on Saturday night during the annual Purple/White scrimmage.  Lauren Mathewson and Julianne Chisholm both graduated, but the large group of freshmen and sophomores a season ago are now a year older.  K-State coach Suzie Fritz says the Cats are ready to get after it, and excited for their first chance to play in front of the fans for the first time.

The K-State Purple/White scrimmage will be at 7:00pm on Saturday night at Ahearn Fieldhouse.  Season ticket packages are available at kstatesports.com, including the Wildcat Four Pack, which is four season tickets for just $130.