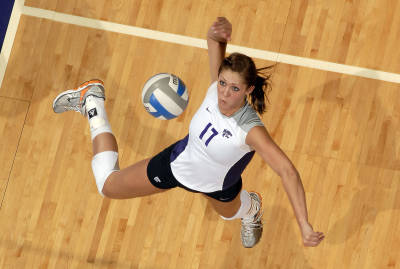 From the Big 12 all-freshmen team one year to being named preseason all-Big 12 the next, that’s K-State Kaitlynn Pelger.  The Wildcat middle blocker is the only K-Stater to make the team announced Tuesday, and one of only four sophomores throughout the league.  Pelger, an Olathe South product, led K-State with 328 kills a year.  She also hit .254 and averaged over one dig per set.