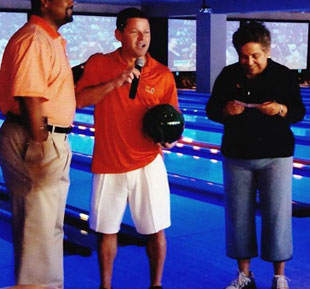 ST. LOUIS (AP)   The long, painful search to fill Missouri’s men’s basketball coaching job ended in April with the hiring of Frank Haith, who soon set out to meet Tigers fan across the state.  Former University of Miami booster and convicted Ponzi schemer Nevin Shapiro told Yahoo! Sports he provided extra benefits to 72 football players and other athletes at Miami from 2002 to 2010.  Haith was coach at Miami before taking the Missouri job this spring.  The Yahoo! story says Haith acknowledged a $10,000 payment made to then-Miami recruit DeQuan Jones while Haith was coach for the Hurricanes.  Haith says reports questioning his interactions with Shapiro are not an accurate portrayal of his character.  He declined further comment citing the NCAA review.  The university has not commented.  Missouri acknowledged it was aware of the report and that the NCAA has asked to speak with Haith.  David Bradley, a member of the University of Missouri Board of Curators, says they were told Haith was a well-qualified replacement for coach Mike Anderson.  He says he hopes there is no truth to the allegations.  Haith was hired in early April, right about the same time the NCAA launched its investigation at Miami.