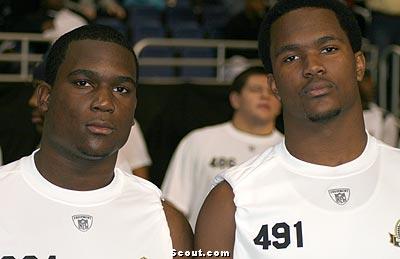 When Yahoo! Sports released an extensive report about improper benefits being given to 72 Miami, Florida football players, concern arose in Manhattan as K-State’s Arthur and Bryce Brown were facing allegations.  Convicted ponzi scheme artist Nevin Shapiro alleges that he funded a recruiting trip for Bryce Brown, Brian Butler and the Brown family to Miami.  He also says he gave Arthur Brown small amounts of cash and other benefits.

The NCAA through its investigation has decided not to impose any punishment on the Brown Brothers.  K-State issued this statement:  “Kansas State University has been in communication with the NCAA. Regarding Arthur Brown and Bryce Brown, the NCAA staff has informed the institution that it has no concerns about their eligibility to compete at K-State.”