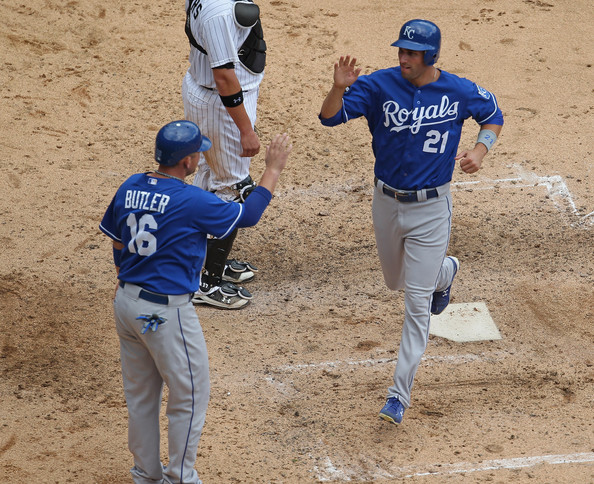 KANSAS CITY, Mo. (AP)   The Kansas City Royals have signed outfielder Jeff Francoeur for another two years.   The club announced Thursday that Francoeur had signed a two-year contract extension through 2013.  He’s hitting .277 in his first year with the Royals, with 15 home runs, 66 RBIs and a career-high 19 stolen bases.  The affable veteran has also been a clubhouse leader and mentor for the Royals, who are the youngest team in the major leagues.  He’s also third in the majors with 12 outfield assists.  Francoeur signed a one-year contract with the Royals last Dec. 15.